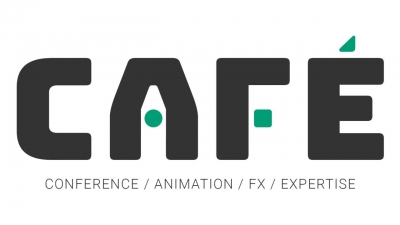 The Quebec Film and Television Council (QFTC) and Kaliko Productions are launching CAFÉ, a new event dedicated to visual effects and animation professionals. Industry professionals will meet online or in person at the Montréal Science Centre for conferences, panels, presentations, and networking activities. The conference runs June 7-8 and is made possible with the financial support of the Government of Quebec.

“Québec has world-renowned expertise in animation and visual effects,” said Jean Boulet, Minister of Labour, Employment and Social Solidarity, Minister of Immigration, Francization and Integration and Minister responsible for the Mauricie region. “That is why our government wishes to support this major event, which will allow us to maintain our leadership.”

In the event’s upcoming first edition, attendees will be able to participate in 15 conferences and panels with industry experts. Discussions will include: the creation of the Dune universe; the Quebec animation series Cracké (broadcasts in over 210 countries); the impact of virtual production and the use of USD technology on production pipelines; and the animation of the Star Wars saga characters.

In collaboration with Centre de développement et de recherche en intelligence numérique (CDRIN), a special rapid-fire presentation event will allow researchers, service providers and companies to present their innovations, research, and development projects. There will also be an activity for students to get input and advice from supervisors and recruiters. Finally, at the end of the day participants are invited to join a networking cocktail hour.

Montreal as become a major VFX hub alongside London and Los Angeles. The 40 Quebec-based studios work on over 200 projects every year. According to data from the QFTC, the industry accounted for more than 6,000 jobs and $950 million in local economic activity in 2021.

According to Christine Maestracci, CEO of the QFTC, “The visual effects industry’s exceptional growth over the past 10 years has contributed to Quebec’s reputation as a major center of expertise and digital creativity. It is therefore imperative that a world-class event brings together the industry’s key players and lets their creativity shine. We want to make CAFÉ a must-attend event for all professionals in this creative and innovative industry.”

Tickets are now available here; the full program will be available soon.