4 great things I saw at SIGGRAPH

If there was one big take-away from SIGGRAPH 2022 in Vancouver, it was that people in the CG and visual effects community just love hanging out together. Of course, this was something the pandemic prevented the past few years, so catching up at SIGGRAPH recently proved to be even more special than normal.

befores & afters was a media partner this year, and I applaud all the organizers, student volunteers and companies for making it a success. I wanted to share a couple of fun presentations, demos and tours that I happened to see at SIGGRAPH Vancouver. These only scratch the surface of what was there. 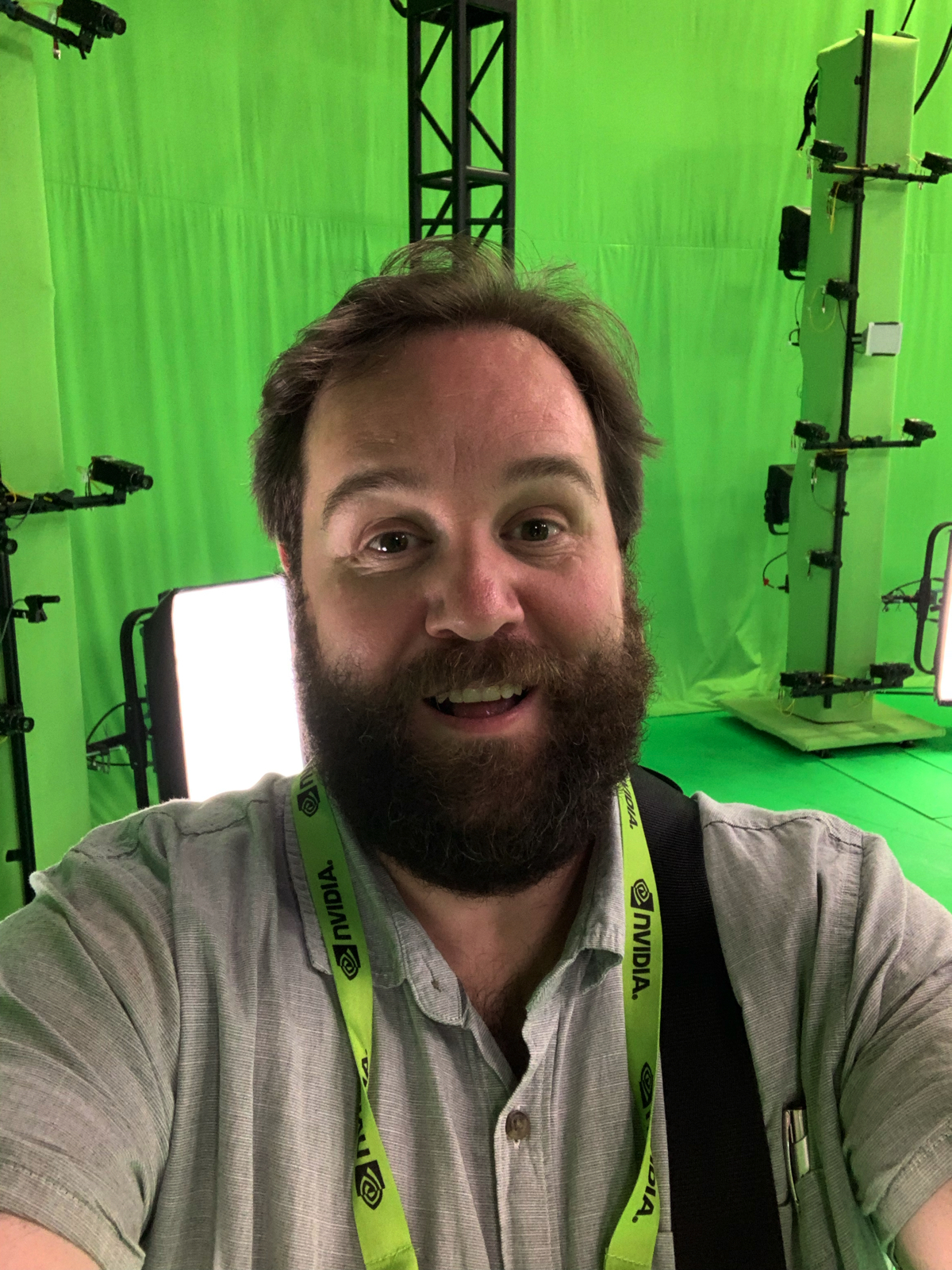 I was lucky enough to go and visit Departure Lounge in Vancouver which has set up a Metastage 4D holographic capture stage at the studio. It was really fun to see the stage up close (in fact, a bunch of people got to walk around it) and to see some of the content Departure Lounge have been producing, including in conjunction with Arcturus, which makes tools for editing and distributing volumetric video (read more about those tools here at befores & afters).

2. A fun (and sometimes raucous) fireside chat with Tim Miller and Gretchen Libby 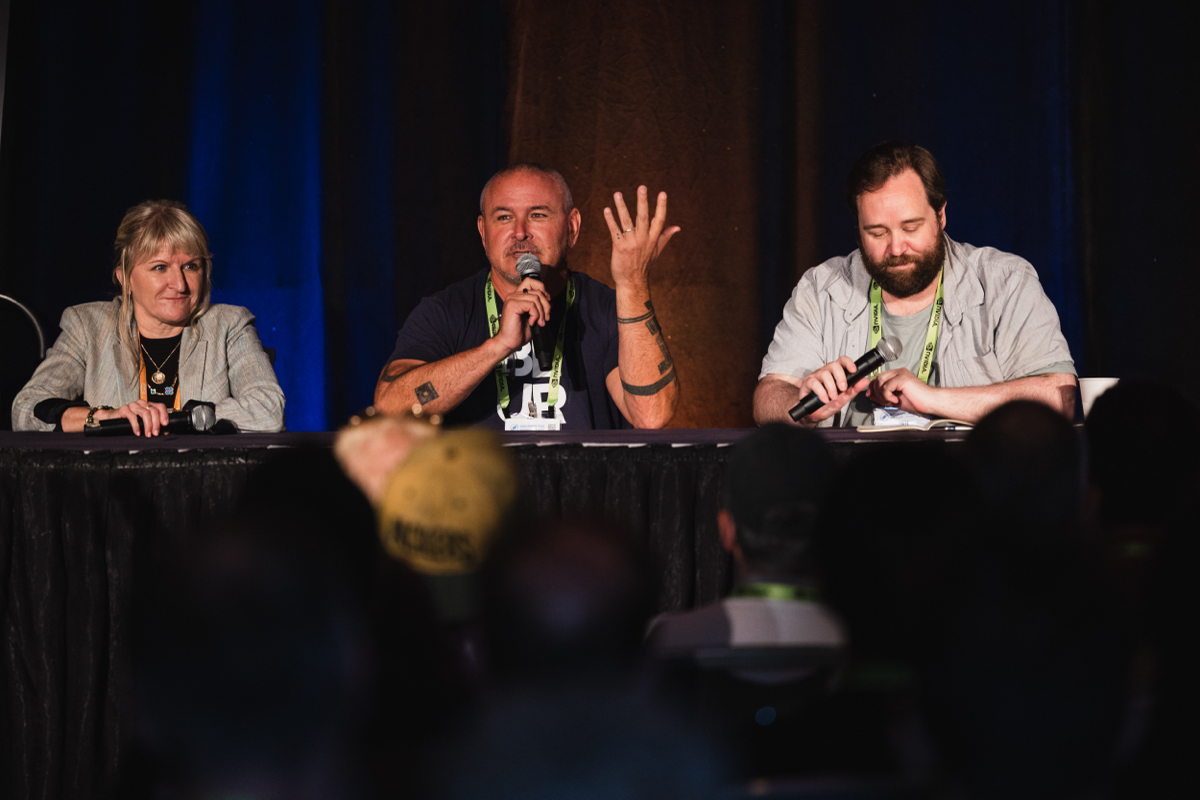 I was asked to host an AWS fireside chat about production with director and Blur Studio founder Tim Miller and AWS’ Gretchen Libby. When you have Tim Miller on a panel, you know it’s going to be a little different, and Tim really delivered. He went back in time to talk about the early days of Blur and his own VFX/CG career, all the way up to Love, Death + Robots. Gretchen Libby, who spent many years at ILM, also shared a wealth of insights on the current state of VFX/CG/animation production. 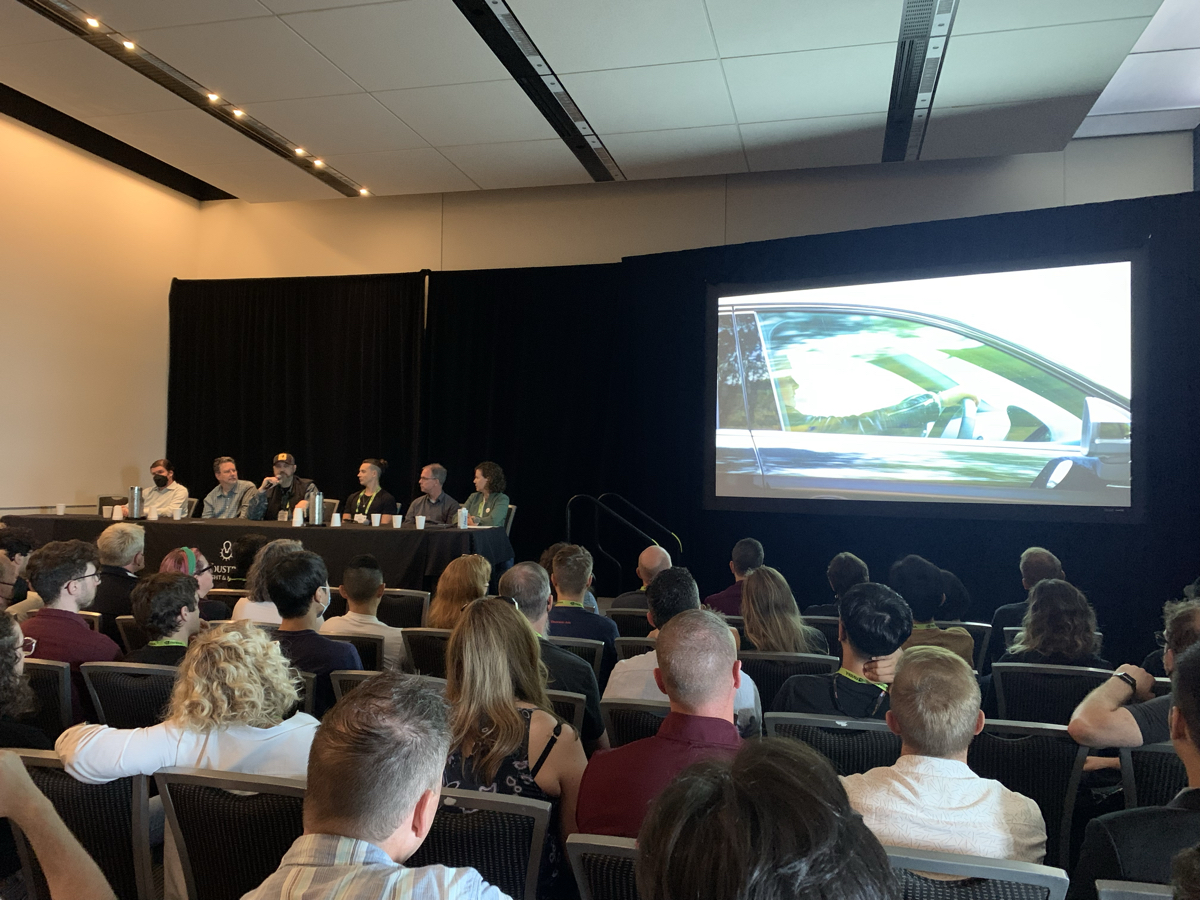 How’s this for a line-up? Janet Lewin, John Knoll, Hal Hickel, Jeff White, Rob Bredow and others! ILM’s panels in a dedicated room at SIGGRAPH were a welcome dose of behind the scenes info and old-school stories. The panelists spoke on the recent ‘Light & Magic’ doco and on StageCraft, and presented making-ofs for The Mandalorian, The Book of Boba Fett, and Obi-Wan Kenobi. Plus, there was a very useful recruitment side to these sessions. I really enjoy the more intimate setting in these rooms that studios and companies have taken on in recent conferences. 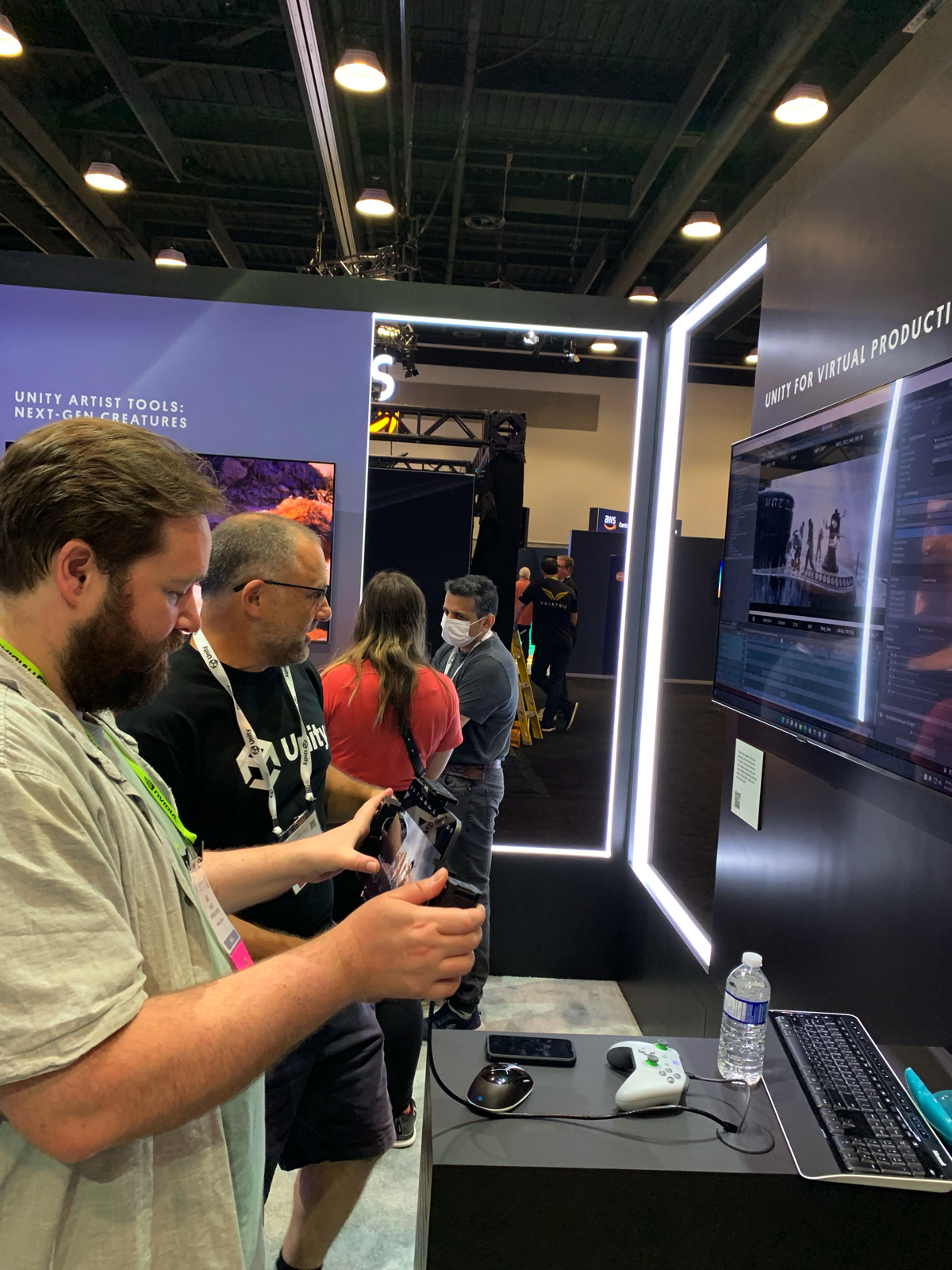 A lot has been happening at Unity. With the Weta Digital-related acquisition, and a number of other acquisitions, the game engine company has been more and more demonstrating its wares in virtual production. I got to tinker with their virtual camera app while ‘filming’ a previs scene made by Habib Zargarpour for the upcoming Comandante. It really did feel like I was there on the high seas making a submarine movie, and it was pretty fun being able to just jump into the scene so quickly.

So, that’s just some of the action from SIGGRAPH 2022. I’ll soon be featuring one more visit I made during the week on befores & afters–it’s a secret right now!–so stay tuned…