Activision Blizzard to Cooperate with Investigations into Alleged Insider Trading 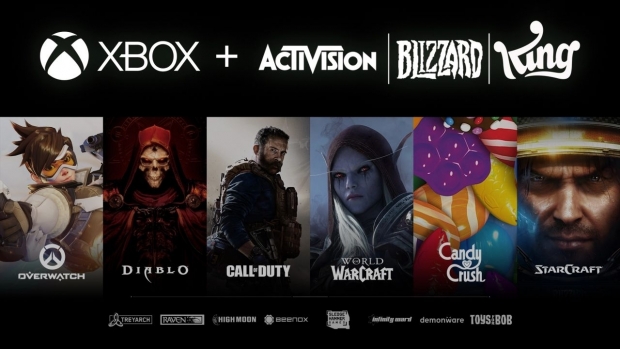 Just a few short months after it was acquired by Microsoft in January, Activision Blizzard is now the subject of a federal lawsuit and investigation into possible insider trading allegedly carried out by chief executive Bobby Kotick.

Per The Hollywood Reporter, a Securities and Exchange Commission filing submitted late last week says that “Activision Blizzard received a voluntary request for information from the SEC and a grand jury subpoena from the DOJ, both of which appear to relate to their respective investigations into trading by third parties – including persons known to Activision Blizzard’s CEO – in securities prior to the announcement of the proposed transaction.”

According to an initial report in The Wall Street Journal, the Justice Department and securities regulators have been suspicious of wagers that Barry Diller, David Geffen, and Alexander von Furstenberg placed on Activision Blizzard before its shares rose sharply when Microsoft’s $68.7 billion acquisition agreement was made public.

It’s alleged that Kotick met with von Furstenberg – Diller’s stepson – just one week prior to Diller and Geffen’s options trades, which made them $59 million in profits. Diller has repeatedly claimed that those involved in the meeting were unaware of the pending acquisition deal, and did not hold any private knowledge about it before it was officially announced. (“It belies credulity to think that if we did we would have proceeded,” Diller told WSJ.)

The Justice Department and SEC have each begun conducting their own separate investigations into whether this constitutes insider trading — both of which Activision Blizzard has said in the filing that it intends to fully cooperate with.

This suit and its accompanying investigations only add to the legal hailstorm that Activision Blizzard has been under for months.

In late February, the company’s shareholders filed other lawsuits that seek to block the sale to Microsoft entirely, alleging that the deal will benefit Activision insiders at the expense of the average investor. These suits call attention to a total of $69.1 million in payments that three senior management-level staffers would receive if terminated under certain circumstances. (Kotick, who happens to be one of those three people, would receive a payout of roughly $14.6 million.)

Activision Blizzard has said in today’s filing that it does not have any plans for Kotick’s post-closing employment status once the acquisition deal has closed. The filing states that “[n]o [such] discussions or negotiations with Microsoft occurred between Microsoft and Mr. Kotick prior to the approval and execution of the merger agreement.”