In a recent poll conducted for Epic Games by Forrester (Jan to Dec 2021), 85% of respondents agreed or strongly agreed that real-time technology is very important to the future of their company, while 82% share the same level of conviction that the Metaverse will expand how they interact with customers. 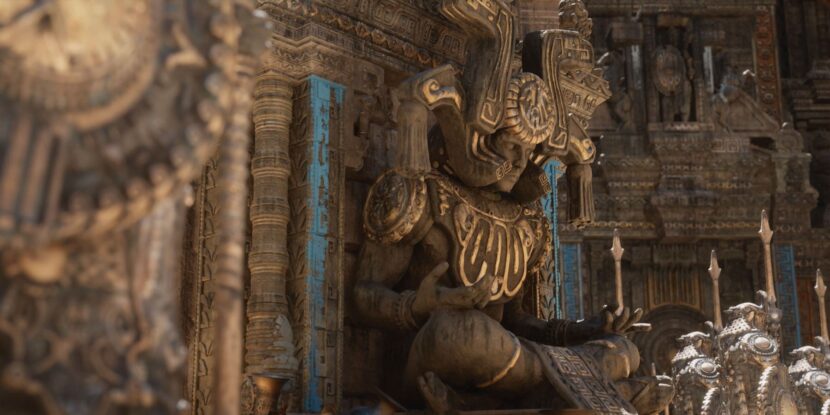 Epic has released some stats from the Unreal downloads and adoption that confirm the huge interest in real-time engine use. Epic is focused not only on games but building a metaverse ecosystem. An increasing number of people are enjoying virtual worlds in a social context. They’re not just playing games in these worlds—they’re experiencing music in new ways, watching films, discovering art, and hanging out with mates and friends.

At the end of 2021, Epic released The Matrix Awakens: An Unreal Engine 5 Experience as a boundary-pushing technical demo set within the world of Warner Bros.’ The Matrix. as we reported, it starts out with a cinematic that features exceptionally realistic digital humans before morphing into a fast-paced interactive experience of car chases and third-person shooter action. The whole thing takes place in a huge, bustling, and explorable open-world city that—like the simulated world of The Matrix which is incredibly rich and complex. The demo illustrated the blurring of boundaries between film and games – or transmedia. Since its release two months ago, the demo has been downloaded more than six million times across PlayStation 5 and Xbox Series X/S.

In 2020, there were fewer than a dozen in-camera visual effects (ICVFX) stages up and running. Today, Epic is aware of more than 250 ICVFX stages across the globe. At one time, using real-time technology in film and television production was considered experimental. Now, it’s being adopted across the entire workflow and used for a multitude of content. Real-time workflows are impacting projects at every stage of the creative lifecycle, from conceptual writing, virtual art department, location scouting, production design, and final-frame visual effects. In 2021, there was nearly 1.5 times the number of new film and TV projects using Unreal Engine as in 2020.

There was also a significant uptake in the use of LED volumes utilizing nDisplay in broadcast studios in 2021, enabling broadcasters to produce content with visual quality normally only seen in Hollywood movies. Expect more of this in the coming year.

Some of the recent and upcoming films that have used Unreal Engine—either for previsualization, stunt-vis, virtual location scouting, and art department and/or in-camera visual effects—include Jungle Cruise, The Suicide Squad, Free Guy, Mortal Kombat Legends: Battle of the Realms, Venom: Let There Be Carnage, Dune, Spider-Man: No Way Home, and The Matrix Resurrections, with more ahead in the 2022 release slate.

There are now over 500 million Epic Games accounts, with 2.7 billion friend connections across Fortnite, Rocket League, and the Epic Games Store. There was a high uptick in people downloading UE4 last year, with total downloads increasing nearly 40% since the end of 2020.

In the past year, a huge success has been the work of the 3Lateral team with Metahuman. MetaHuman Creator launched last February, as a free cloud-based app, to date, has created over one million MetaHumans.

As well as providing open access to tools like MetaHuman Creator, there are hundreds of thousands of high-quality assets available through the Unreal Engine Marketplace and Quixel Bridge. Unreal Marketplace customers grew by over 50% in 2021. The top five most-downloaded Marketplace assets, in order, were the Modular Lost Ruins Kit, Defect Ultimate Props Bundle Vol.1, Stylized Forest, Underground Subway, and the Action RPG Multiplayer Starter Template.

For the release of The Matrix Resurrections,  Warner Bros. decided to mint 100,000 unique nonfungible tokens (NFTs) of “Matrix”-inspired avatars — available for $50 each. It’s was a natural tie-in that put fans in the virtual world of The Matrix, through what the studio claimed was the largest “PFP” (profile picture) NFT drop ever with the 100,000 unique avatars sold. NFTs provide a way to authenticate the ownership of unique pieces of digital content, using distributed blockchain technology — they’re akin to real-world collectibles like baseball cards. All the avatars were made with Epic’s Metahumans. When released, the Matrix Resurrections’ NFT website crashes due to overwhelming demand. 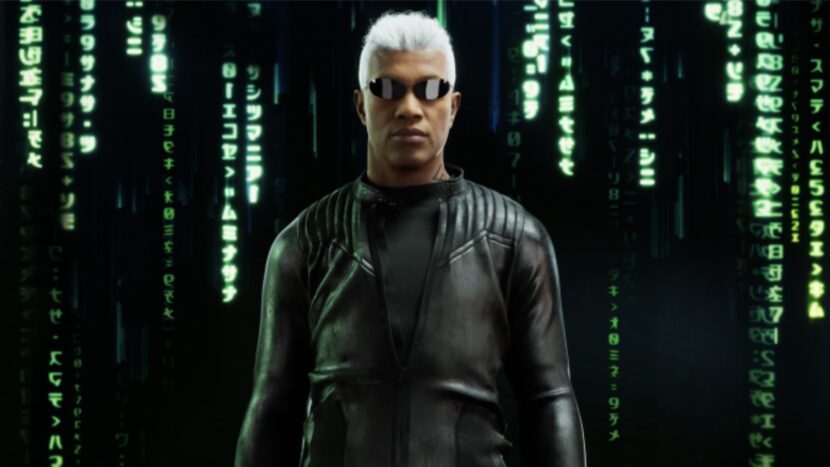 Looking forward, Twinmotion, ArtStation, RealityCapture, the Epic Games Store, and Epic Online Services are some of the other key components that make up the Epic ecosystem. Along with Unreal Engine 5, these creative tools and services will allow people to collaborate, and share spaces in 2022. There is also the first of the UE5 games appearing from creators. Early Access including Black Myth: Wukong, S.T.A.L.K.E.R. 2: Heart of Chernobyl, Dragon Quest 12: The Flames of Fate, and Senua’s Saga: Hellblade II.

Last year, creatives utilized the power of real-time graphics to deliver engaging and entertaining content. With many live events disrupted due to the pandemic, producers used Unreal Engine to deliver fully virtual events instead, such as the Madison Beer concert and the Tomorrowland festival. Many events that did take place in-person were produced using real-time graphics for on-stage performances, such as the Guns N’ Roses ‘Not In This Lifetime’ tour. 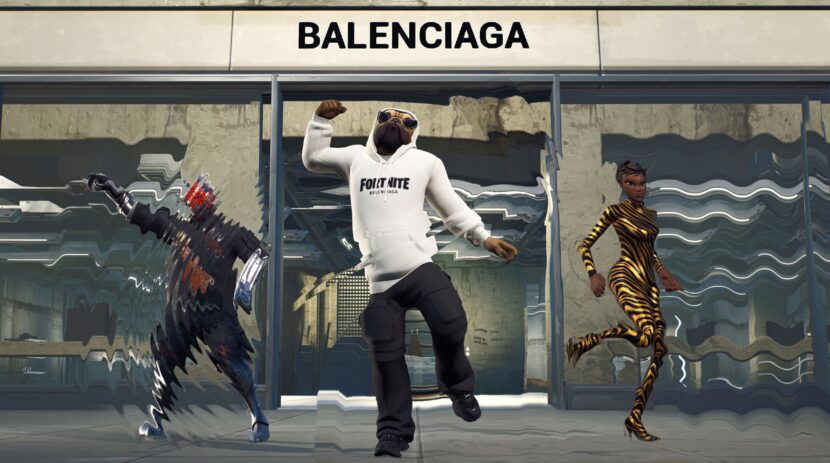 The fashion industry also moved with COVID to embrace the metaverse and the digital twinning of cloths in 2021, with Balenciaga and Gary James McQueen pioneering new ways to bring haute couture to their customers, along with the rise of new digital-first apparel brands like RTFKT. Last year, more luxury fashion brands started using virtual production techniques to launch their collections. In the coming year, the industry is set to have something of a virtual production revolution with a number of exciting shows planned that will be powered by game engine technology.

Beyond M&E, film and TV and, real-time technology continued to have a transformative effect in industries like automotive and architecture. There has been a huge shift in architecture professionals experimenting with UE4 as a rendering platform over the past two years. 50% of survey respondents are now using it, an increase of 60%. Toward the end of last year, Twinmotion downloads reached the one million mark. 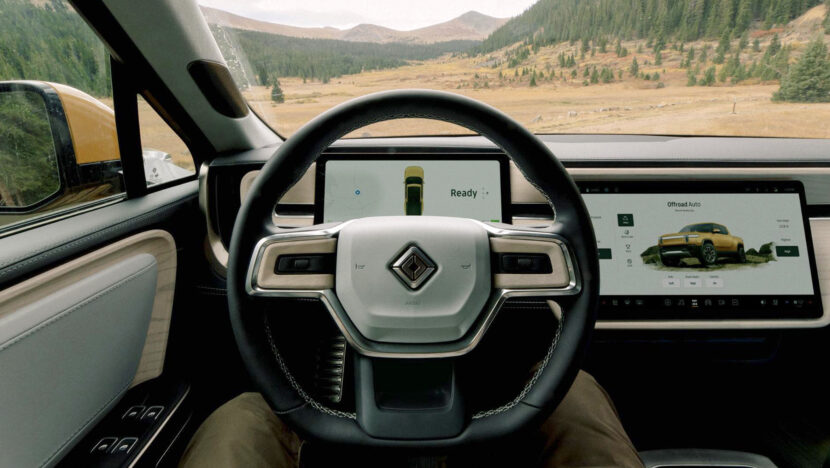 The top five auto brands are working on deep Unreal Engine platform integrations. The Rivian R1T is now rolling off assembly lines with an Unreal Engine-powered Human-Machine Interface (HMI) driver display, and in 2022, the GMC Hummer EV will hit the streets with Unreal Engine in its digital cockpit.

There is also an impressive growth in digital twins. The rise in the number of digital twins of cities being created in UE4 has grown substantially. The digital twin plugin and sample project created by WSP and Microsoft that links Microsoft’s Azure digital twin hub with Unreal Engine had over 38,000 downloads combined last year. 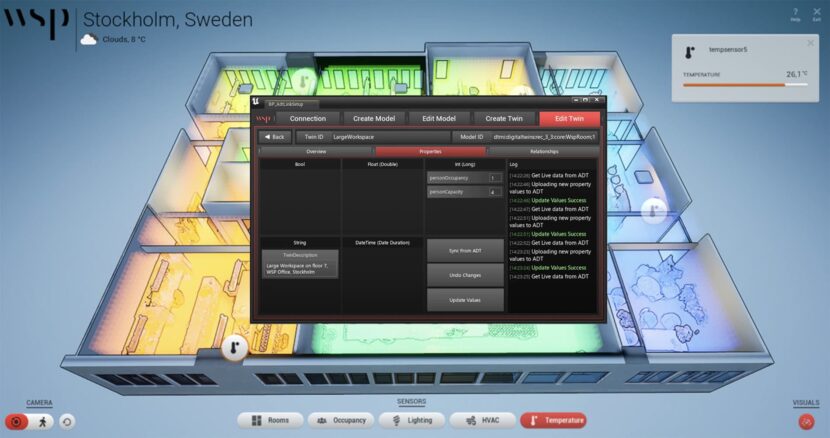