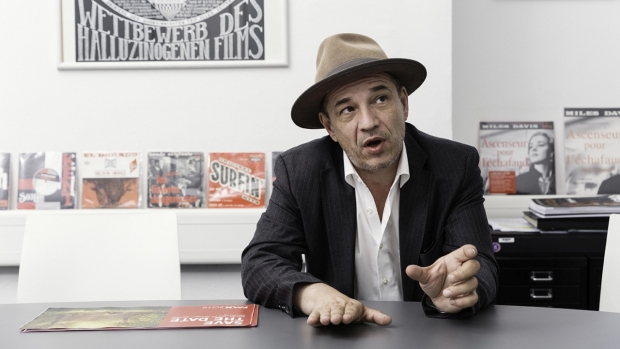 Animationsinstitut at Filmakademie has announced that its director Prof. Andreas Hykade will step down on September 30, 2022, to take on a new role that focuses on teaching. Beginning with the 2022/23 academic year, he will be “Head of Animation Directing.”

After eight years in charge of Animationsinstitut, Hykade feels the time has come for him to hand over his office.

“When I took over as director, I had set goals for Animationsinstitut, laid down in the strategy paper, ‘Filmakademie 2030’ – most notably the financial security of the institute as well as the specialization ‘Character Animation’ and the comprehensive integration of the issue ‘intellectual property (IP)‘ into our curriculum,” explained Hykade. “We were able to achieve all of this. In addition, we pushed on with the internal internationalization of the institute, successfully navigated our conference FMX through turbulent times, and expanded our research & development for the benefit of our students. Above all, however, we succeeded in offering our students a fully-fledged course of studies during the difficult time of the pandemic. My thanks go to all those who have actively supported Animationsinstitut in rising to these challenges.”

Hykade’s success has been seen in the rankings of the specialist press, with Animationsinstitut regularly listed among the world’s top 10 animation schools. In addition, the institute’s productions have won important international prizes – most recently, the VFX production The Beauty received the Student Academy Award.

Petra Olschowski, State Secretary at the Ministry of Science, Research and Arts Baden-Wuerttemberg, commented, “Professor Andreas Hykade has shaped Animationsinstitut at Filmakademie into one of the world’s leading training institutions for animation. His proposals in the strategy paper ‘Filmakademie 2030’ have proved to be groundbreaking, both in terms of content and structure. We are very happy to support the expansion of the institute he conceived. I would like to express our sincere thanks to Professor Hykade for his great service to the institute. We wish him all the best for his future role as Head of Animation Directing as well as for his artistic work.”

Reflecting on things left undone, Hykade added, “I would have liked to see more dynamism regarding our goal of becoming a leading European region for animation, VFX, and games. Other countries are pulling ahead of Baden-Württemberg in various fields. But I am convinced: We could make up ground if we focused on the development of intellectual property in all animation crafts. Perhaps a new generation of young artists can support us in taking the necessary steps.”

What would he like to pass on to Animationsinstitut? He continues, “Our maxim in the past years has been: ‘The person is more important than the project.’ It is my hope that our students as well as our team and the lecturers keep up this spirit.”

Prof. Thomas Schadt, Managing Director of Filmakademie Baden-Wuerttemberg, said, “Professor Hykade deserves our deepest thanks for his important work as head of Animationsinstitut! For me personally, he was and continues to be a formative artistic initiator on the Ludwigsburg campus. His position on the sometimes fraught interrelations between people, art and industrial production has also kept me alert to the importance of a sense of care for our students. I was all the more pleased to know that he will keep playing a central role in teaching on campus.”

Hykade has shared that his desire to use the creative freedom he is gaining means he can devote more time to several film, book, and music projects for adults and children in his development pipeline. But, he also wants to turn to the written word. “My time as head of Animationsinstitut was so exciting and moving that it definitely calls for an artistic treatment,” he concludes. “I have two different working titles that I have yet to choose from: ‘The Beautiful Kingdom’ or ‘The Boss Who Cried.’”