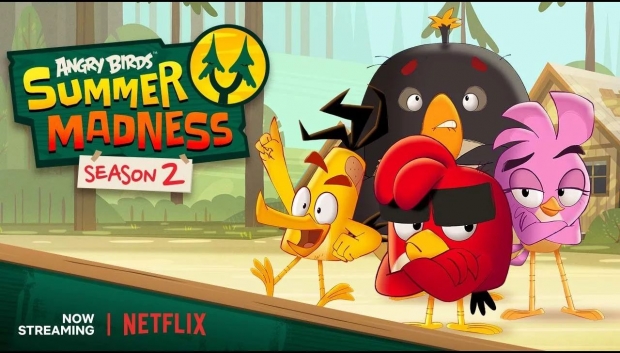 After the first season of Angry Birds Summer Madness ended, people pondered, is this really a thing? Is it over? Will it return? And will they still be angry? Well, to all those anxious, yearning fans, the wait is over! Actually, it was over last Friday when Netflix dropped 16 all-new episodes of those crazy much-loved birds.

In the new season, teenage versions of Red, Chuck, Bomb, Stella, and the rest of the Angry Birds characters come together for an unforgettable summer at Camp Splinterwood. Watch as they ward off bullies, help the Hatchlings, and get in and out of trouble.

Check out the trailer, then tune in to Netflix to binge the series:

Rovio is best known for the global Angry Birds brand, which started as a popular mobile game in 2009 and has since evolved from games to various entertainment and consumer products in brand licensing. Today Rovio offers multiple mobile games and animations and has produced The Angry Birds Movie, which opened number one in theatres in 50 countries. Its sequel, The Angry Birds Movie 2, was released worldwide in August 2019. CAKE, one of the world’s leading independent entertainment companies, specializes in the production, distribution, development, financing and brand development of kids’ and family properties. CAKE produces in partnership with Rovio Entertainment.