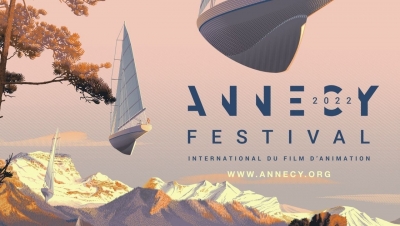 Each year, around 10 works from the Annecy International Film Festival Official Selections are selected by juries for the Special Prizes, Partners Prizes, or the Official Awards’ reward. This year’s winners will be presented at the festival on Friday 17.

Here is a line-up of the special prizes and their juries:

France TV Award for a Short Film – This refers to a film acquisition to be broadcast on air that is chosen from the Short Film and Graduation Film categories.

YouTube Award – The YouTube Award rewards a film in competition in the Short Film and Graduation Film categories.

The winner will receive 10,000 dollars as a financial boost towards a new production.

CANAL+ Junior Jury Award – This refers to a film acquisition to be broadcast on air that is chosen from the Short Film and Graduation Film categories.

Young Audience Award – This prize rewards a film from the Official Selection in the Young Audiences’ category.

Best Original Music Award – Supported by the SACEM, in the Short Film and Feature Film categories

The City of Annecy Award – This prize rewards a short film from the Perspectives category. The jury consists of former students from the ECAL – École Cantonale d’Art de Lausanne.

André-Martin Award for a French Short Film – The award highlights animation films’ “passionate and unique inventors.” This prize is awarded to a French short film.

Annecy 2022 runs June 13-18. More information about the special prizes and their juries is available here.