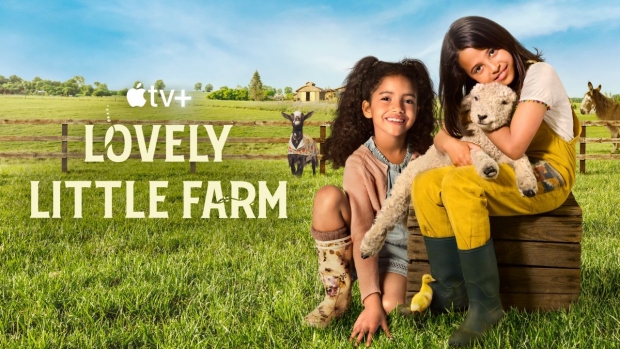 The series follows sisters Jill and Jacky as they love and nurture all the animals on their farm nestled in lavender fields. Being a young farmer isn’t easy, but every day brings these sisters adventure and a chance to grow. ILM provides the show’s CG animation that brings the series to life.

Lovely Little Farm is one of the latest series in the Apple TV+ kids’ changemakers initiative, which brings together leading educators and storytellers to create original kids’ series. In this case, Apple TV+ partnered with changemaker Dr. Gail Melson, a leader in the field of human-animal interaction and former professor emerita in the department of Human Development & Family Studies at Purdue University. Dr. Melson worked with the executive producers to develop the show based on her research on children’s relationships with animals, nature, and emerging technologies.

The expanding and award-winning lineup of original animated films and series for kids and families on Apple TV+ also includes the recently premiered critically-acclaimed El Deafo; Pinecone and the Pony; Fraggle Rock: Back to the Rock and Harriet the Spy from The Jim Henson Company; Wolfboy and the Everything Factory from Joseph Gordon-Levitt, HITRECORD and Bento Box Entertainment; Get Rolling with Otis; Helpsters from Sesame Workshop; Academy Award-nominated animated film Wolfwalkers from Cartoon Saloon; new series and specials from Peanuts and WildBrain including Snoopy in Space Season 2, It’s the Small Things, Charlie Brown, and For Auld Lang Syne; Here We Are: Notes for Living on Planet Earth, the Daytime Emmy Award-winning television event based Oliver Jeffers’ New York Times best-selling book and TIME Best Book; and the recently announced Sago Mini Friends.