Are Elizabeth Olsen and Henry Cavill Headed to ‘House of the Dragon?’ 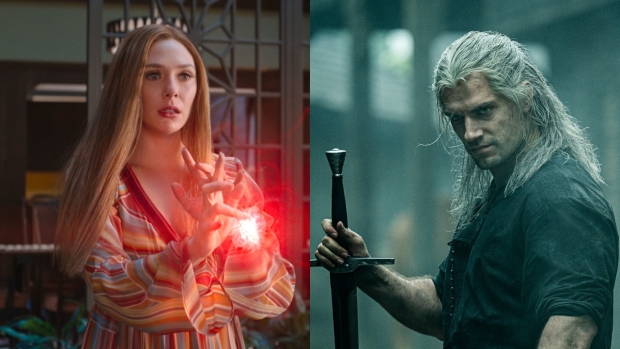 Speculation is running rampant now that Game of Thrones prequel House of the Dragon has been renewed for a second season. The most scintillating rumor currently taking the internet by storm is the possibility of two big-name newcomers to the second season of the twisted series: Elizabeth Olsen and Henry Cavill. According to an insider, “We are not entirely sure who Olsen will be portraying in the series, but let’s say that we hope she is a witch of some sort. Yes, that is the obvious choice given her MCU portrayal of Wanda Maximoff, but she does play that part quite well.”

We do know that the infamous demon-birthing Red Woman Melisandre was alive during this time (due to her shiny immortality necklace), and a magic wielding red head would be perfect casting for Olsen, if not a bit on the nose. Alternatively, Olsen originally auditioned for the Mad Queen Daenerys Targaryen back in the day, so perhaps a platinum blonde version of the starlet is in the cards this time around.

As for Cavill, tipster Daniel Richtman revealed that the Witcher star is also in talks for an unspecified role in Season 2. The casting wouldn’t be too much of a stretch, and if he ends up a Targaryen, Cavill could even wear Geralt’s fancy silver wig.

While both casting possibilities are exciting, it is worth noting that this rumor is nowhere near confirmed. Even if the two stars are currently in talks, a deal may ultimately not be made.

House of the Dragon has certainly cast dracarys and set aflame fan’s appetite for the GoT prequel, with the premiere and second episode garnering 10 million views alone. The fourth episode King of the Narrow Sea streams Sunday, September 11 on HBO Max. We hope to cover some of the show’s rich imagery soon; the visual effects are produced by MPC Episodic, Outpost VFX, and Pixomondo.