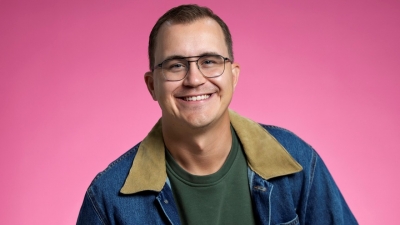 Animated design studio ATKPLN has promoted Justin Skerpan to Senior Producer. According to the company, after joining sister company Reel FX’s commercial division as a Production Assistant in 2014, Skerpan experienced “visions of budgets, schedules and treatments dancing in his head like sugarplums,” and within six months, was managing the division’s CG department (“or so he claims”).

ATKPLN Executive Creative Director Danny DelPurgatorio said, “For a while, I didn’t actually even know he worked here, but he kept showing up to meetings and eventually I realized that he could do stuff to help us do our work better. I’m still not entirely sure what he does, though.”

After four years with Reel FX’s commercial division, Skerpan joined ATKPLN with the rebrand. He has worked on projects for numerous clients including Mercedes, Paramount, PepsiCo, Oncor and others.