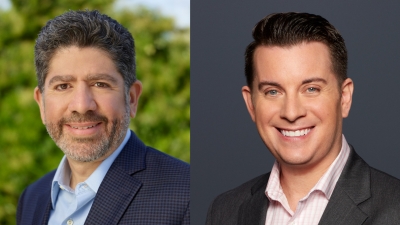 Ramirez has extensive experience in all aspects of animation production, expertise in finance and artist collaboration, and a deep understanding of the creative process. His career includes project leadership roles in the development of creative content for theme park attractions, Broadway, media productions and retail experiences.

He was most recently co-executive producer, Universal Animation Studios (2017-21). His previous tenure at Disney spanned 12 years (2004-16) in roles including executive producer of the Creative Studio at Walt Disney Imagineering, director of Production at Disneytoon Studios, and production manager/supervisor and production finance lead at Walt Disney Animation Studios. He also produced over two dozen Broadway and off-Broadway plays and musicals, including Avenue Q for which he won the 2004 Tony Award for Best Musical.

Ayo Davis, president, Disney Branded Television, said, “It’s a joy to bring such a dynamic leader home to Disney as our television animation studio increases its output as a supplier to Disney Channels and Disney+. Bardo is renowned for his creative vision and production excellence, and yet, what impresses me the most is how he inspires others with his enormous commitment to the art form and the artists. I’m looking forward to all that Bardo and the TV Animation team will accomplish together.”

A graduate of the University of Pennsylvania with a Bachelor of Science in economics, Ramirez is based in Burbank, California.

Hutchison, who joined Disney in 2009, has deep production experience across multiple animation mediums. He leads a team of production management executives and 200 production employees and artists, fostering innovation and collaboration while increasing quality and enhancing productivity in all aspects of animation production from the earliest stages of the show concept to delivery. In addition, he provides production guidance and leadership for multiple production co-partners around the world.

Among the many productions he’s overseen during his tenure are the award-winning series Doc McStuffins, Muppet Babies and several Mickey & Minnie Mouse programs.

Meredith Roberts, senior vice president/general manager, Television Animation, Disney Branded Television, said, “This promotion acknowledges Chris’ contribution to our entire organization and his high aptitude for strategic planning, analytical and practical execution on a multitude of simultaneous projects. His experience in the animation industry across multiple media environments and his talent, expertise and energy helps us provide the leadership to enhance all aspects of our work.”