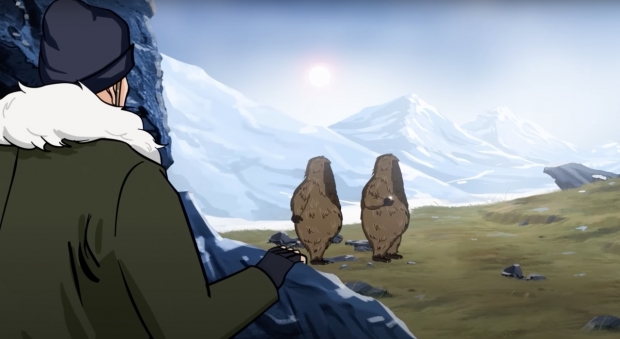 An end of an era? Since 2006, animation director Gary Russell has partnered with BBC America to produce animated Doctor Who serials from old footage that had been previously lost or destroyed. While no one seems to know exactly why this loss and ruin occurred, researchers have scoured the archives and used existing soundtracks and snippets of surviving visuals to “reconstruct” episodes with animation. Russell has now shared that BBC America will no longer co-finance these projects, which preserve a small piece of entertainment history, and therefore the project will go on hiatus (permanently, if BBC Studios cannot secure another partner).

For now, the latest release in the long-standing project is The Abominable Snowmen, an animated recreation of the 1967 lost serial. Speaking at a BFI Southbank screening, Russell said, “From Big Finish’s point of view, this is it for us – I’m just very glad that we went out on one of the best Doctor Who stories of all time, and we got the chance to animate that.”

Watch the trailer for The Abominable Snowmen now:

Due to the faulty BBC archival system from the period 1967 to 1978, 97 episodes are missing from a total of 253 produced over the first six seasons. Additional adventures brought back to life from Russell and his various teams (including Big Finish Creative) include The Invasion, The Tenth Planet, The Reign of Terror, The Moonbase, and Power of the Daleks.

The Abominable Snowmen will be released this year on DVD and Blu-ray, and as a Steelbook in 2023.