Does it seem it was worth the wait? – fxguide


We have just seen a special 3D presentation of the Avatar 2: The Way of Water trailer. It is incredible, but does it seem like it was worth the wait? After all, it has been thirteen years since, Avatar, – which by the way, still holds the record for the highest grossing film of all time. 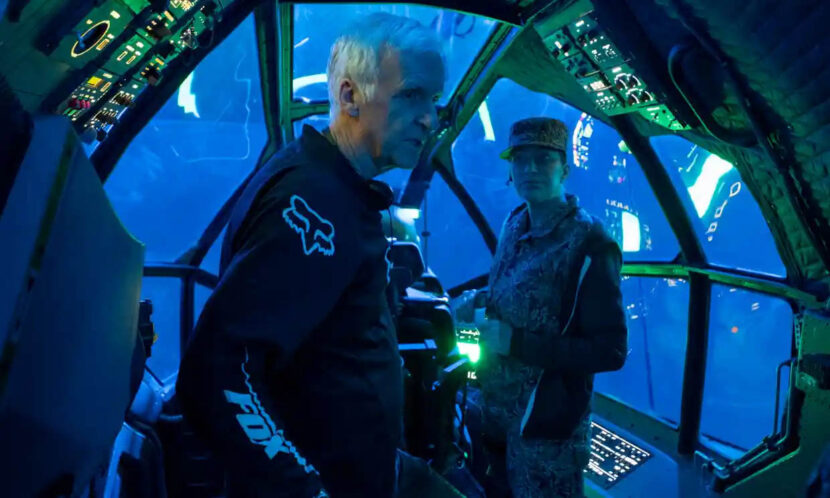 Avatar 2 is set to be released this year. The Avatar 2 trailer and footage were first shown at CinemaCon 2022 and will now be seen widely before the new Dr. Strange film. To date, Avatar 1 has made USD$2.847 billion globally, and not long after that film’s release, Director James Cameron announced there would be a sequel. The new Avatar film is remarkable for many reasons, but three aspects are particularly evident when seeing the new trailer: 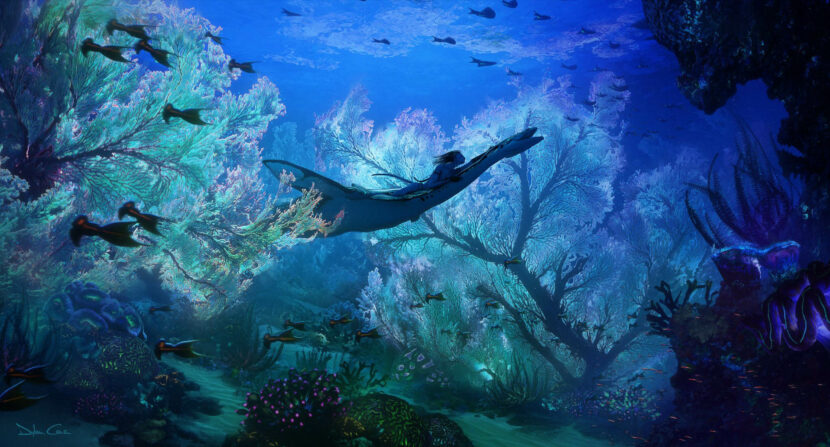 The trailer is spectacular, it is both visually new and creatively linked to the original film. The trailer does not contain much dialogue and it is only the first trailer, but the imagery is jaw-dropping. There are wide vistas, underwater shots, jungle and flying shots. Some aspects are clearly vastly improved such as skin texture of the na’vi and their eyes in particular. Other aspects seem much closer to the original film. But as expected, the dominant visual element is water.

Set more than a decade after the events of the first film, the trailer points to a story of the Na’vi Sully family, and the lengths they go to keep each other safe, the battles they fight to stay alive, and the tragedies they endure.

Preliminary shooting for the film started in Manhattan Beach, California, on August 15, 2017, followed by principal photography simultaneously with Avatar 3 in New Zealand on September 25, 2017; filming concluded in late September 2020, after over three years of shooting.

Returning cast members include Sam Worthington, Zoe Saldana, Stephen Lang and Sigourney Weaver, who will be joined by new additions Kate Winslet, Michelle Yeoh, and Vin Diesel. Interestingly, it is reported that Kate Winslet broke Tom Cruise’s record for an actor holding their breath while filming a feature film. Winslet impressively managed to hold her breath underwater for over a minute longer than Cruise. “I had to learn how to free-dive to play that role in Avatar, and that was just incredible. My longest breath-hold was seven minutes and 14 seconds, like crazy, crazy stuff.” she told the Hollywood Reporter.

Any filming underwater is incredibly difficult, colours quickly drop off due to water. Blue light wavelengths travel the best underwater, but as a rule, underwater cinematography has to deal with red wavelength light dropping one stop of light for every two metres away from the lens. Filming motion capture underwater is even more complex.

James Cameron is a master of underwater photography and exploration from his work on The Abyss (1989) to his real-world journey to the deepest part of the Mariana Trench, at the bottom of the ocean

Alita: Battle Angel, (2019) first showed an example of this new technology. The film showed a taste of the brilliant work Weta was then experimenting with and developing. At one point in that film, Alita jumps into a lake and walks underwater, emerging inside a crashed ship. The shot of her breaking the water and exiting into the ship was remarkable, but in many ways, the fully underwater shots were a window into an entirely new way of doing underwater animation. It was an example of Weta’s approach to doing a combined simulation that seeks to combine fluid sims, flesh sims, hair sims, and cloth sims, and produce one complete solution to the person and their volume in one complex, but holistic approach.

The world has shifted in the last dozen or so years, and it is hard to remember the last time we saw a film in Stereo 3D. Cameron was always a strong advocate of the technology. Certainly, movie goers have not embraced a stereo cinematic experience on anything like this scale for many years. According to Variety and a report done by the Motion Picture Association of America in 2017 there was a steep drop off in 3D stereo revenues after the high of 2010 when 3D films generated over $2.2 billion in revenue. The original Avatar was a major victory for 3D stereo, but audiences quickly learned that not all films with the 3D label had that much thought and care put into their production as the first Avatar feature film.

Avatar: The Way of Water is scheduled to be released on December 16, 2022 in 3D Stereo and Dolby Vision. Unlike so many Stereo productions, James Cameron filmed Avatar, The Way of Water with a stereo rig, and did not post convert the footage.

Australian cinematographer and camera inventor, Pawel Achtel ACS, has been a key contributor to advancing underwater high-end camera technology. His company’s DeepX and DeepX 3D camera systems for underwater cinematography featured revolutionary designs. In 2012 fxguide traveled to Tasmania with Pawel as he tested his innovative camera designs, these were the prior version to the DeepX 3D used on Avatar2.

To solve the problem of light loss and housing interference, Pawel developed a system, initially around the RED camera that used special Nikonos underwater lenses. What made this so remarkable is that the lens itself was directly in the water, not shielded by any glass covering or housing. The DeepX 3D System does not require a lens mount as the camera attaches directly onto the housing. It also does not require a lens servo motor or lens port, as the Nikonos lenses are mounted outside the housing. This direct lens approach had been pioneered originally by famous underwater documentarian Jacques Cousteau. Achtel’s patented 3D beam-splitter ‘DeepX 3D system’ was used extensively on James Cameron’s sequels, in New Zealand prompting the legendary director to write that the results were the best underwater 3D images he’d ever seen. “It was quite a bold move to use this technology (flooded beam splitter with submersible lenses),” commented Pawel to fxguide, “but even Cameron said it was best underwater footage he has ever seen, by far.”

Because the system has no housing around the lenses, the system avoids distortions, and has no chromatic aberrations, no image plane curvature and no astigmatism caused by optical housings. The DeepX 3D is lightweight and small, less than 30kg when ready for diving. The system uses the Epic Dragon cameras. This system is remarkable since it eliminates dome ports or housings it offers over 10 times the sharpness across the entire 6K sensor. As such it was really the only underwater 3D system offering Ultra-High-Definition quality. Importantly for stereo, it has an adjustable stereo base (IA) 0 ~ 75 mm with a patented wet (submersible) beam splitter preventing distortions and resolution loss.

This provided the Avatar team, for the first time, the ability to capture the true beauty of the cinematography with 6K images from edge to edge.

Avatar, The Way of Water is currently planned for a release on December 16, 2022. Long-time collaborator of James Cameron, Russell Carpenter is the Director of Photography and Joe Letteri is again the Senior Visual Effects Supervisor at Wētā FX along with VFX supervisors Wayne Stables, R. Christopher White, Pavani Rao Boddapati, and Richard Baneham.