Dwayne Johnson Adapting Game of the Year-Winning ‘It Takes Two’ 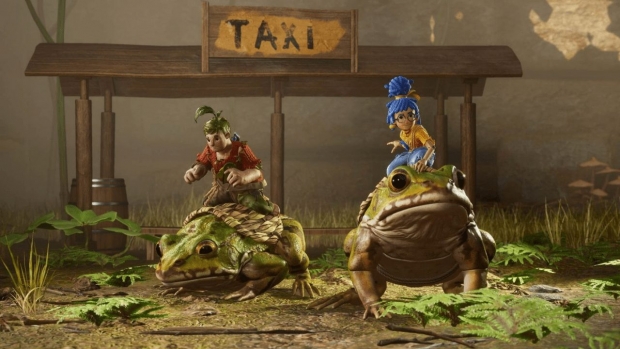 Amazon is set to develop an upcoming film adaptation of the acclaimed video game It Takes Two, Variety reports.

Developed by Hazelight Studios and published by Electronic Arts, It Takes Two is an action-adventure co-op platform game centered around May and Cody, a married couple who are planning on getting a divorce. Not long after their daughter, Rose, makes two dolls that represent them, the couple’s minds become supernaturally trapped inside the dolls. The game was named Game of the Year at both the 2021 Game Awards and the 25th D.I.C.E. Awards.

Pat Casey and Josh Miller, who co-wrote Sonic the Hedgehog and Sonic the Hedgehog 2 for Paramount, have been tasked with delivering a screenplay based on the game’s story. According to a synopsis of the film revealed by Variety, the couple “must find a way to get to get back to their bodies—a quest which takes them through the most wild, unexpected, and fantastical journey imaginable.”

dj2 Entertainment co-produced Sonic the Hedgehog, and is now working on an animated Tomb Raider series for Netflix. The company will also co-produce a third Sonic film for Paramount, which Casey and Miller have been tapped to co-write.