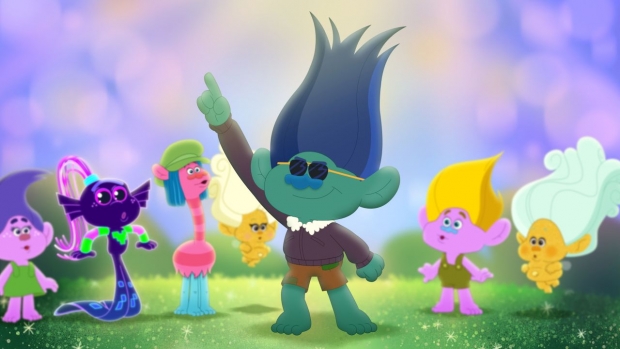 It’s time to dance and sing as Season 6 of DreamWorks Animation’s Trolls: TrollsTopia drops today, February 17, only on Hulu and Peacock. In the new season, the trolls are back with an abundance of hugs, fun and cupcakes to share! Poppy accidentally offends a Cloudwhale, R&B’s Funk ship needs fixing, and Branch’s nickname just doesn’t seem to fit. Even a bubble storm pops its way through town! But with a little bit of glitter and a trolls-tastic attitude, any sticky situation can be something to celebrate.

Just to get you in the groove, our good friends over at DreamWorks Animation have shared an exclusive clip… for your eyes only! Branch is agonizing over choosing a new nickname, one that exudes confidence and demands respect… but what will it be? Watch the clip and find out!

Executive produced by Emmy-nominated Matthew Beans (Trolls: The Beat Goes On!) the 2D animated series, inspired by DreamWorks Animation’s hit animated film, writes the next chapter in the hair-raising adventures of the trolls.

In case you missed the Season 6 trailer – check it out here: