Exclusive Clip: ‘The Great North – Beef Has Day Dreams About The Ocean’ 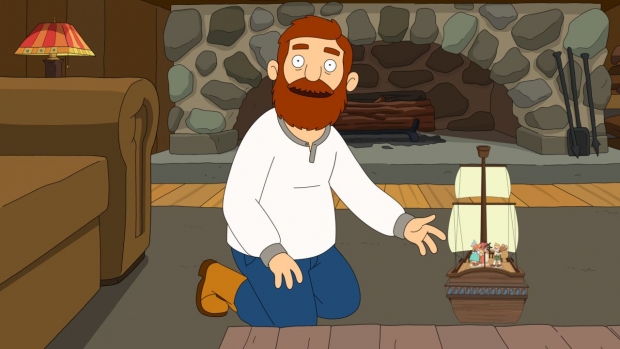 The Great North! Somehow, Sunday evening dread isn’t quite so dreadful when we have a brand-new episode to look forward to. And, as they often do, our friends at FOX have shared an exclusive clip; this week, it’s “Beef daydreams of the ocean, and Wolf & Hobeybee spotted a very handsome man in Lone Moose” for this Sunday’s upcoming episode.

In the all-new episode, “Beef’s in Toyland Adventure,” Beef struggles when the boat needs repairs and he can’t fish for a whole week. Meanwhile, Wolf and Honeybee meet the best-looking man in Lone Moose. Check it out Sunday, April 24 (8:30-9:00 PM ET/PT) on FOX.

Check out the exclusive clip, “Beef daydreams of the ocean, and Wolf & Hobeybee spotted a very handsome man in Lone Moose”: