Exclusive Clip: ‘The Great North – Nobody Knows What Is Inside This Can’ 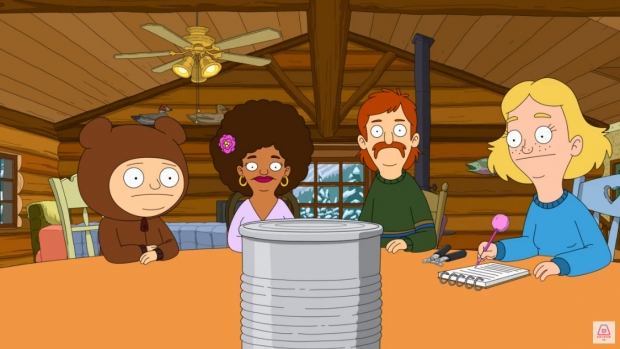 Is it Friday AGAIN? You know what that means – you can fly through your weekend and know it’s going to end on a comic note… and you with a smirk on your face. Because once again, our good friends at FOX have shared another exclusive clip for an upcoming episode of The Great North, this one for Sunday’s episode, “As Goldie As It Gets Adventure.”

In the all-new episode, Ham befriends an older woman who loves to party. Meanwhile, Judy takes up pottery and is not great at it. Check it out Sunday, March 27 (8:30-9:00 PM ET/PT) on FOX.

In the exclusive clip, the Tobins have a mystery and they’re determined to get to the bottom of it. What’s in the can?! Who’s going to guess its contents and win the spoils (…most literally). What’s at stake? The accumulated riches in the swear jar.

Check out the clip Nobody Knows What Is Inside This Can: