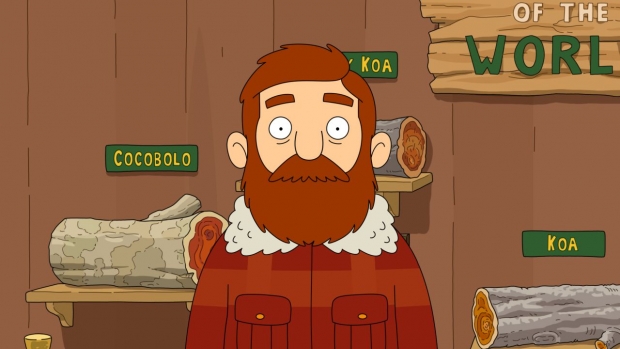 It’s Friday, and in the AWN universe it usually means one thing… the day will end with a happy hour toast, often alongside a plate of charcuterie and something small, odd shaped, and fried. But on really, really special Fridays we get treated to something equally tasty earlier in the day! And this is one of those remarkable days, because FOX has shared another exclusive clip from an upcoming Sunday episode of The Great North; this time, it’s this Sunday’s episode: “Dead Moon Walking Adventure.”

In the all-new episode, after seeing something he shouldn’t have, Moon incurs Debbie’s wrath. Meanwhile, Beef is determined to save his favorite museum from being closed down. Check it out Sunday, April 10 (8:30-9:00 PM ET/PT) on FOX.

In the exclusive clip, the Tobin family visits the Log Museum and discovers Dad jokes can quickly devolve into “Log” jokes – also watch for my favorite, the googly eyed portrayals of ‘Stick Jagger’ and ‘Forest Stump.’ Enjoy!