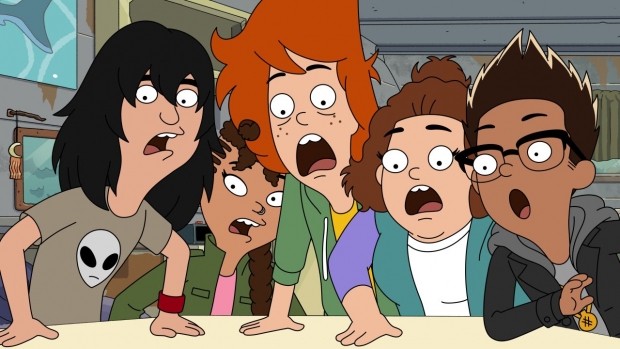 It’s time to celebrate, as our good friends at FOX have shared an exclusive clip from the upcoming Season 3 premiere of Duncanville. This week, it’s from the Sunday, May 1 episode, “Gamer Vs. Gamer.” Animated by Bento Box and produced by 20th Television Animation, Universal Television, and Fox Entertainment, Duncanville is co-created, and executive produced by the Emmy Award-winning husband and wife team of Mike and Julie Scully, and Emmy Award winner Amy Poehler.

In Sunday’s episode, Duncan and his friends visit a Twitch star’s private island, only to end up hunted in a viral event for charity. Meanwhile, Jack and Annie look through a photo album and realize Jack spent a night in jail that Annie didn’t know about. “Gamer Vs. Gamer.” airs Sunday, May 1 (7:30-8:00 PM ET/PT) on FOX.

In the exclusive clip “Duncan and The Gang Want a Shout-Out From Slayer,” Duncan and the gang will go to any length to get it, check it out: