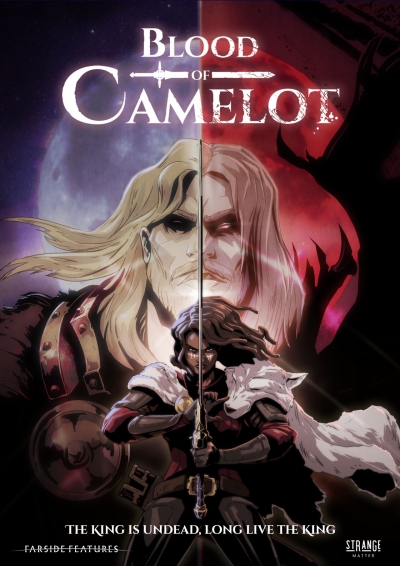 Farside Features and Strange Matter Media Ltd have teamed up to develop and produce a slate of animated series for the adult market. Their first project, Blood of Camelot, is a dark fantasy that reimagines King Arthur as a vampire despot ruling over a blighted realm.

The story sees King Arthur make a terrible choice to protect his kingdom, a decision that splits the knights of the roundtable and corrupts the dream of Camelot. As the realm falls prey to vicious monsters and vampiric knights, only Guinevere and Arthur’s former champion Lancelot can save the king from himself.

With work on the pilot underway, the team is looking to place the series with a network during 2022.

“We’re incredibly excited to be developing Blood of Camelot with Strange Matter Media,” commented Farside Feature creative director Dylan Shipley. “This is a dream project for us, as myself and many here grew up on a strict diet of anime and comic books. Since starting out in animation, it’s been my goal to push the industry here in the UK and start focusing on more adult animated content. Blood of Camelot is such an exciting project for Farside Features, our very own animated series built from the ground up which is already shaping into something amazing.”

“The early visuals are nothing short of extraordinary,” added Strange Matter’s joint CEO and New York Times bestselling author Cavan Scott. “The story we’re crafting alongside Dylan and the team at Farside Features is truly epic in scope, while never losing sight of the very human story at the heart of the Arthurian mythos.”