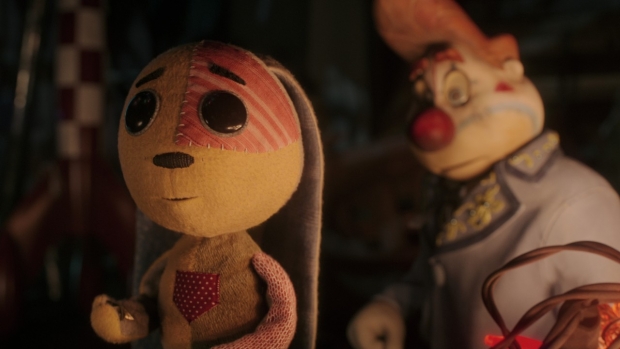 Netflix has shared first-look images of their upcoming four-part animation/live-action hybrid series Lost Ollie, part of the streamer’s expansive Family Summer 2022 slate. Inspired by the book “Ollie’s Odyssey” by prolific author, illustrator, and Oscar-winning filmmaker William Joyce (The Fantastic Flying Books of Mr. Morris Lessmore), the limited series shares the adventure of a lost toy and his search for the boy that lost him. All four parts hit the streamer on August 24.

According to Netflix, the series is a heartwarming tale that reminds us of special souls that have been lost to us but have left a lasting impact on our lives. Lost Ollie searches for the boy who has lost him, but the boy’s story is of a loss beyond that of his best friend.