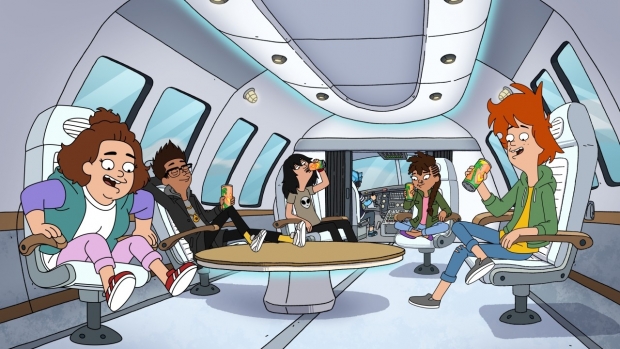 Duncanville, the animated family comedy from Amy Poehler (SNL, Parks and Recreation) and The Simpsons alums Mike Scully and Julie Thacker Scully, has been canceled after three seasons at FOX. While the show recently finished its third season run, six unaired episodes will stream exclusively on Hulu later in 2022.

According to the network, “Duncanville will not return for a fourth season on FOX.  Mike Scully, Julie Thacker Scully and Amy Poehler delivered a unique animated family comedy with a distinct voice and point of view that we are proud of.  But we can confirm that this season will be its last on FOX. We look forward to the opportunity to work with Amy, Mike and Julie in the future.”

In a recent interview with AWN, when asked about the rise of streamers quickly burning through series, and if being at FOX, which will stick with shows for years, affects Duncanville’s production, Mike Scully said, “You always kind of approach it as if you could be canceled the next day. The broadcast networks are rethinking their business models too, based on the streamers and the short order seasons. And how long do you keep a show on the air? The syndication market isn’t what it used to be. So we just take it a season at a time, an episode at a time.”

Julie and Mike are animation and live-action TV veterans who’ve been involved in many popular and successful shows, including The Simpsons, Parks and Recreation, Everybody Loves Raymond, and Napoleon Dynamite. They teamed up with Poehler after she texted them – about doing an animated series – while they were unsuccessfully pitching a studio about a different show.