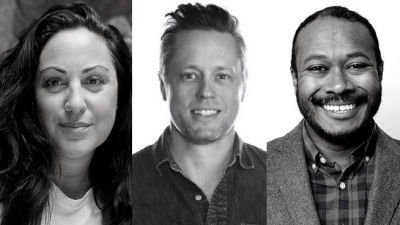 With over 20 years of experience in advertising and branded entertainment content, Waxman has collaborated with top directorial, production, post-production, and agency talent across the US and globally. Based in Los Angeles, she will produce projects for a range of brand and agency clients, while further developing and supporting Framestore Pictures’ roster of directors.

Before joining Framestore Pictures, Waxman spent three years as Executive Producer at Nonfiction Unlimited, prior to which she was at the helm of Chelsea Pictures’ Los Angeles office as well as Serial Pictures in Culver City. In 2002, she founded and ran commercial repping company, MBW Represents, with clients including Academy Films, DNA and Serious Pictures, Gorgeous, Park Pictures, and Rattling Stick.

“I immediately felt Michel’s passion for discovering and developing both director and production talent,” said Managing Director of Framestore Pictures, Jennifer Siegel. “Her experience in managing and implementing long-term strategies, as well as cultivating relationships and leading teams, made her a perfect fit to drive Framestore Pictures to the next level.”

Reporting to Framestore’s Managing Director in Chicago, Krystina Wilson, Smego joins from The Mill Chicago where he was Executive Producer and a critical member of the team that helped grow Mill+, which represents its roster of directors. He also spent close to decade at Y&R Chicago as SVP, Director of Integrated Production where he worked on brand clients including Craftsman, Kenmore, MillerCoors and Sears. Before that, he was an Executive Producer on Anheuser Busch at DDB Chicago, and a Producer at BBDO Chicago.

“We’ve had the pleasure of working with Brian on a number of great projects while he was on the agency side, and during that time his eye for craft and dedication to the work always stood out,” said Framestore’s President of Advertising, US, James Razzall. “It’s a great pleasure to welcome this group of passionate and dedicated individuals to the Framestore family. I am very excited for this next chapter of growth and special projects on the horizon for our U.S. offices.”

As Senior Immersive Producer based in Framestore’s New York studio, White has spent the last 20 years working as an event and experience producer of multichannel, interactive and generative environments. He specializes in leveraging emerging technology to create engaging experiences, from concerts and arts festivals, to high-end branded events, award shows, and large scale interactive installations, creating a luxury Tiffany & Co. subway car, merging fashion with automotive showrooms for Nissan’s Infiniti, and most recently working with AV&C on creating digital landmarks in architecturally-driven spaces. White will report to Managing Director Charles Howell and Head of Immersive, US Christine Cattano, bringing his experience in large scale installations to the Immersive team.