Framestore Summons the God of the Sea for Kohler Spot 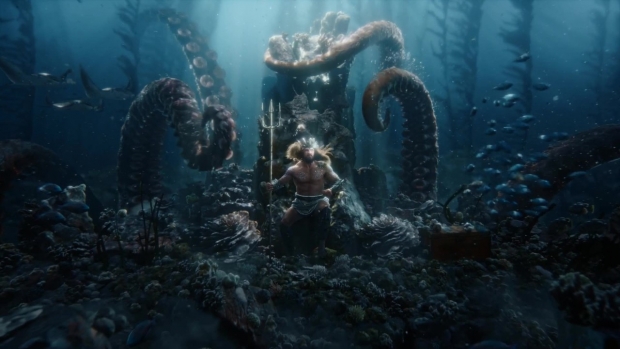 Kohler’s internal creative team has teamed up with Framestore Pictures to create a spot for the company’s new digital shower capabilities. Helmed by the studio’s director Murray Butler, the Summon Your Ultimate Shower With a Touch advert raises Poseidon, the Greek god of the sea, from his CG underwater kingdom to discover Kohler’s mastery of water firsthand.

“What makes Kohler digital showering so special—so innovative—is how it gives you the power to control water like never before,” explained Kohler Co. Creative Director Beth Kerin. “Meaning, with a simple touch, we can create our ultimate showering experiences, personalizing every aspect down to the tiniest detail. As we began brainstorming for the campaign, we asked ourselves what—or rather, who—else has complete command of water? Leveraging Greek mythology gave us rich territory in which to play, inspiring bold visuals and even bolder storytelling. Because of the complexity of the execution and the importance of getting the right performances, it was critical that we find the right partner—and we most certainly did, with Framestore Pictures and director Murray Butler.”

The video opens with a man enjoying his stylish Kohler shower system, then dives into Poseidon’s undersea domain, complete with a coral throne, Triton, and octopus masseuse. The god of the sea senses that a mortal is commanding water in a way that only befits a god. He furiously shoots from a swimming pool into the home and confronts the showering human.

With a focus on casting, Poseidon’s intensity plays against the unassuming shower user, who gains the upper hand in the power structure once he shows Poseidon how great his set-up is. 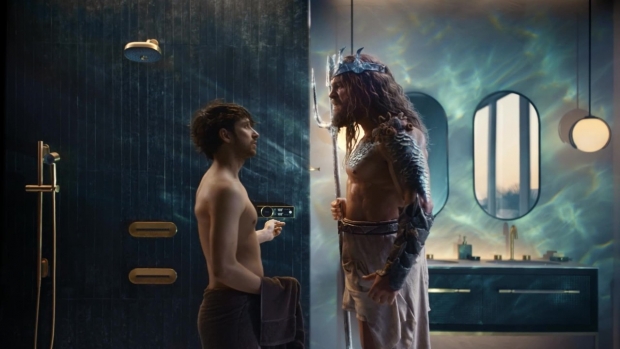 “We set out to create a one-off character that would rival the look and feel of Marvel or DC movies,” shared Butler. “We wanted to make it clear that he was Poseidon – a primal sea god, at one with the ocean – but with some unique touches that made him our very own, and the outstanding work from our makeup and costume team reflected that.”

Butler also leaned into dramatic contrasts in lighting to help the storytelling.

“Our shower set was very sleek and modern, with contemporary lighting features and a gorgeous Malibu beach view,” he added. “This played well against the deep blues and blacks of Poseidon’s CG lair. I wanted Poseidon’s power to be visible on dry land, so wherever he walked, shimmering caustic light followed him. Director of Photography David Procter did a wonderful job achieving this practically, thanks to some Roscoe specialist lights that he brought with him from the UK. Now that’s dedication to the craft!”

To create Poseidon’s lair, Framestore’s VFX team created a hyper-realistic CG coral reef foreground paired with matte painted sea cliffs and kelp forests in the background, along with animated sea life. The team then worked to seamlessly blend VFX and in-camera shots into one fluid story to transport viewers to Poseidon’s underwater kingdom.

Check out Summon Your Ultimate Shower With a Touch: