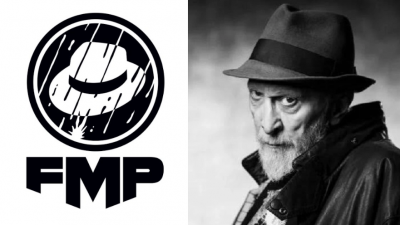 The visionary behind such titles as The Dark Knight Returns, Sin City, and 300 will serve as president and editor-in-chief of the company, Frank Miller Presents, according to The Hollywood Reporter. With the new label, Miller aims to curate a slate of comics that reflect not only his own sensibilities, but the styles and stories of a wide array of up-and-coming talent and comics veterans alike.

“Investing in artists and the future of comics has always been my one true passion and creative calling,” Miller told THR. “Dan, Silenn, and I couldn’t be more proud to be launching Frank Miller Presents, which will serve as fertile ground for storytellers and new creations. Our focus for this publishing company is to cultivate a fellowship of artists and writers to mentor, collaborate and push forward not only each other but the art form as well.”

Frank Miller Presents will roll out some major releases in the coming days, beginning with a new Sin City title and a revisitation of the world of Ronin, Miller’s sci-fi samurai limited series that was first published in the early 1980s.

“Frank has an incredible vision for this publishing company, which further expands on his commitment to storytelling and characters that connect people around the world,” Thomas adds.

The company plans to deliver between two and four titles each year. In addition to the aforementioned Miller titles, its new, original releases will include Pandora and Ancient Enemies. (Details surrounding those new works have yet to be uncovered.)