“The Richard King Mellon Foundation and Heinz Family Foundation are long-time supporters of the organization and our mission to provide quality programming that serves the needs of children and helps to foster a love of learning,” said Paul Siefken, President and CEO, Fred Rogers Productions. “We’re grateful to both foundations for their commitment and support that make our work possible.” 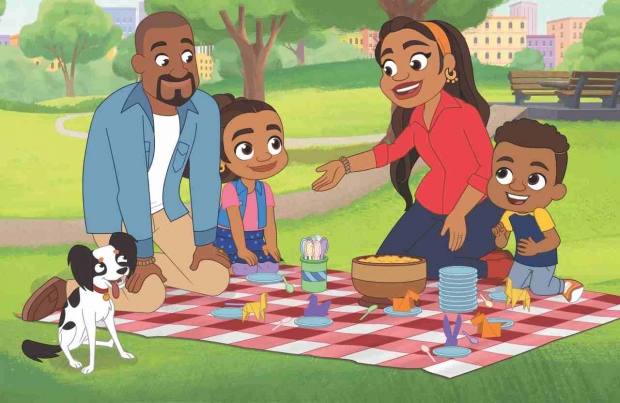 Aimed at viewers ages 4-6, Alma’s Way follows 6-year-old Alma Rivera, a proud, confident Puerto Rican girl who lives in the Bronx with her parents, younger brother, Junior, and Abuelo as well as a diverse group of close-knit and loving friends, family, and community members. Each episode models self-awareness, responsible decision-making, and empathy, while encouraging kids to generate and value their own ideas and questions. Alma’s Way is created by Sonia Manzano, best known to generations of kids and families as “Maria” on Sesame Street. Ellen Doherty, Chief Creative Officer at Fred Rogers Productions, and Manzano are executive producers. Alma’s Way is produced by Fred Rogers Productions in association with Pipeline Studios.

Inspired by the funny, quirky side of children’s television pioneer Fred Rogers, Donkey Hodie is an imaginative puppet series following the adventures of Donkey Hodie, an enthusiastic and charming go-getter who takes on each day with curiosity and resilience, and her pals Purple Panda, Duck Duck, and Bob Dog. Set in the whimsical land of Someplace Else, the social-emotional series is designed to empower children ages 3-5 to dream big and overcome obstacles in their own lives, to work hard and persevere in the face of failure, to be resourceful and discover they can solve problems on their own—and to laugh themselves silly along the way. Donkey Hodie is created by Adam Rudman and David Rudman, co-founders of Spiffy Pictures, and developed by Ellen Doherty. Doherty, Adam Rudman, and David Rudman also executive produce.