Going back to ‘2001: A Space Odyssey’ with this insanely detailed miniature replica set build

EXCLUSIVE: How both the model making and visual effects students at National Film and Television School made it possible.

I recently showcased a miniature prison build for the Sky TV British police comedy-drama television series Code 404 that happened to be made by a group of students at the National Film and Television School as part of their Model Making in Animation course. Equally intriguing was that students in the NFTS Model Making course had also collaborated with students in the NFTS Visual Effects MA course to craft a replica set build from Stanley Kubrick’s 2001: A Space Odyssey.

Here’s a very special behind the scenes look at how that replica build–of the film’s neoclassical bedroom–and a VFX scene relating to it were crafted at NFTS. First, check out this in-depth making-of video which outline the process. Then we also have some individual photogrammetry, VFX and final shots from the project, as well as crew images.

How the replica set happened 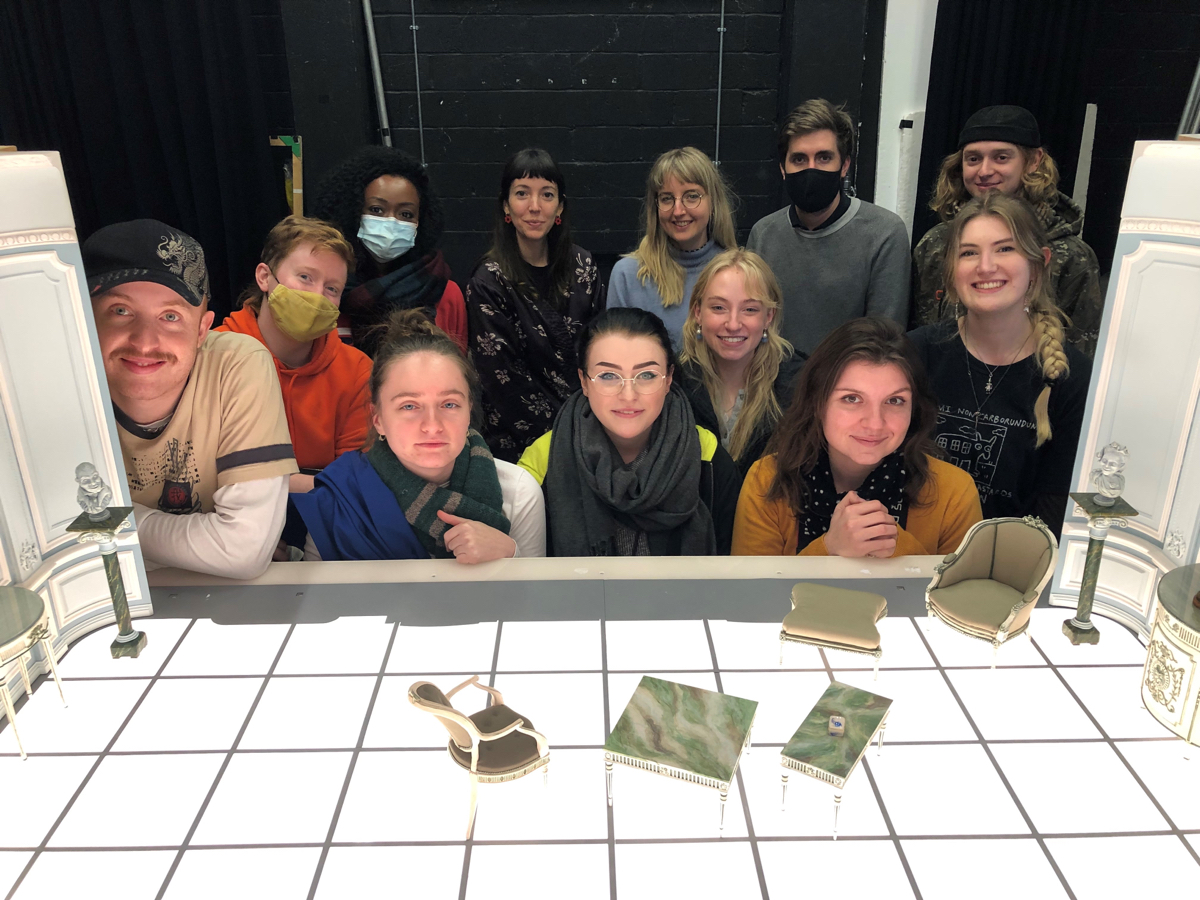 “To kick things off,” details Lee, “we started at The Kubrick Archive in London, who over the last few years have kindly given access to my students to carry out research on various Kubrick films. This year, we moved over to Zoom for all our research, so I’m grateful for the research staff at the archive who gave my students an overview of just how significant 2001 was, and still is. Legendary model maker Simon Atkinson, who along with his friend and author Piers Bizony were able to share some hi-resolution images from the shooting of the actual film, which significantly helped with scaling some of the detail in the set. Piers is the author of ‘2001 – Filming the Future’, one of the most authoritative books about the making of 2001.” 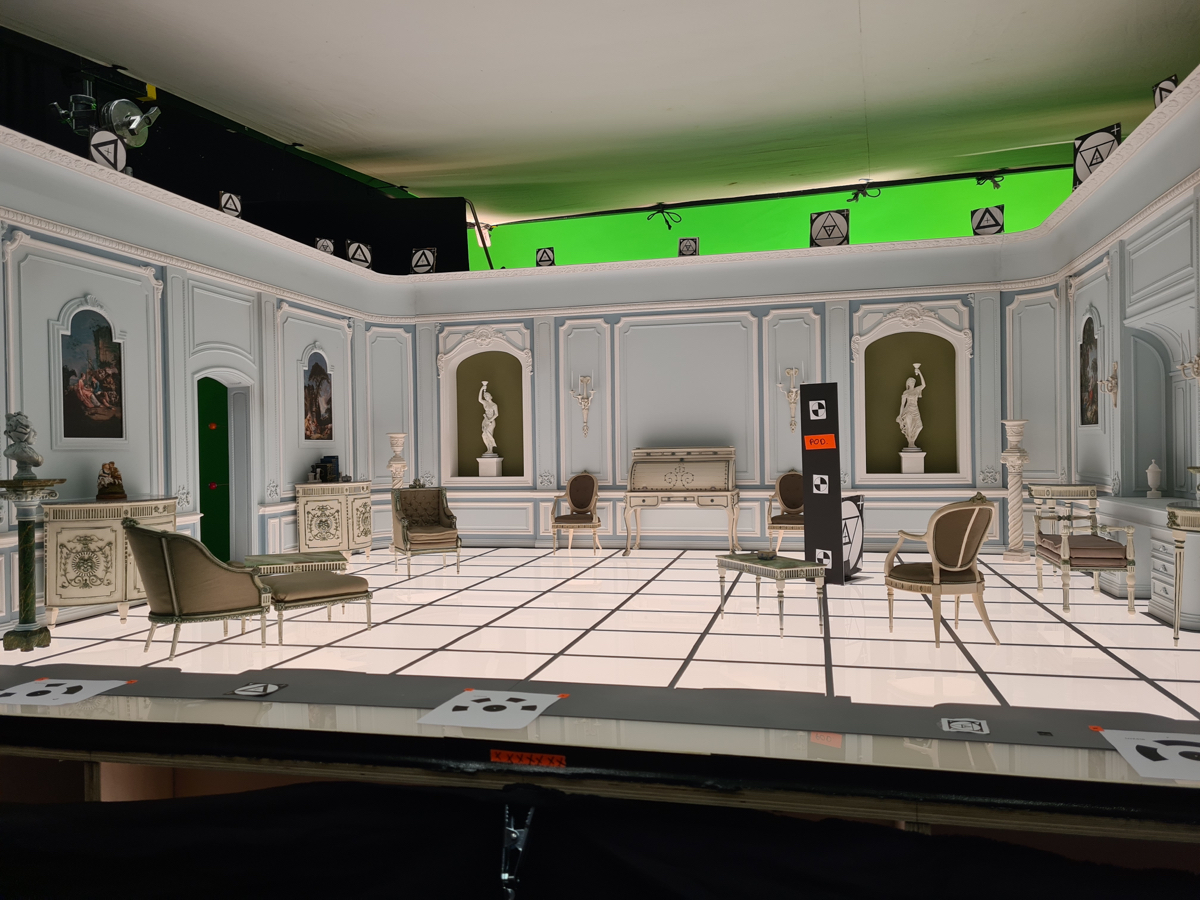 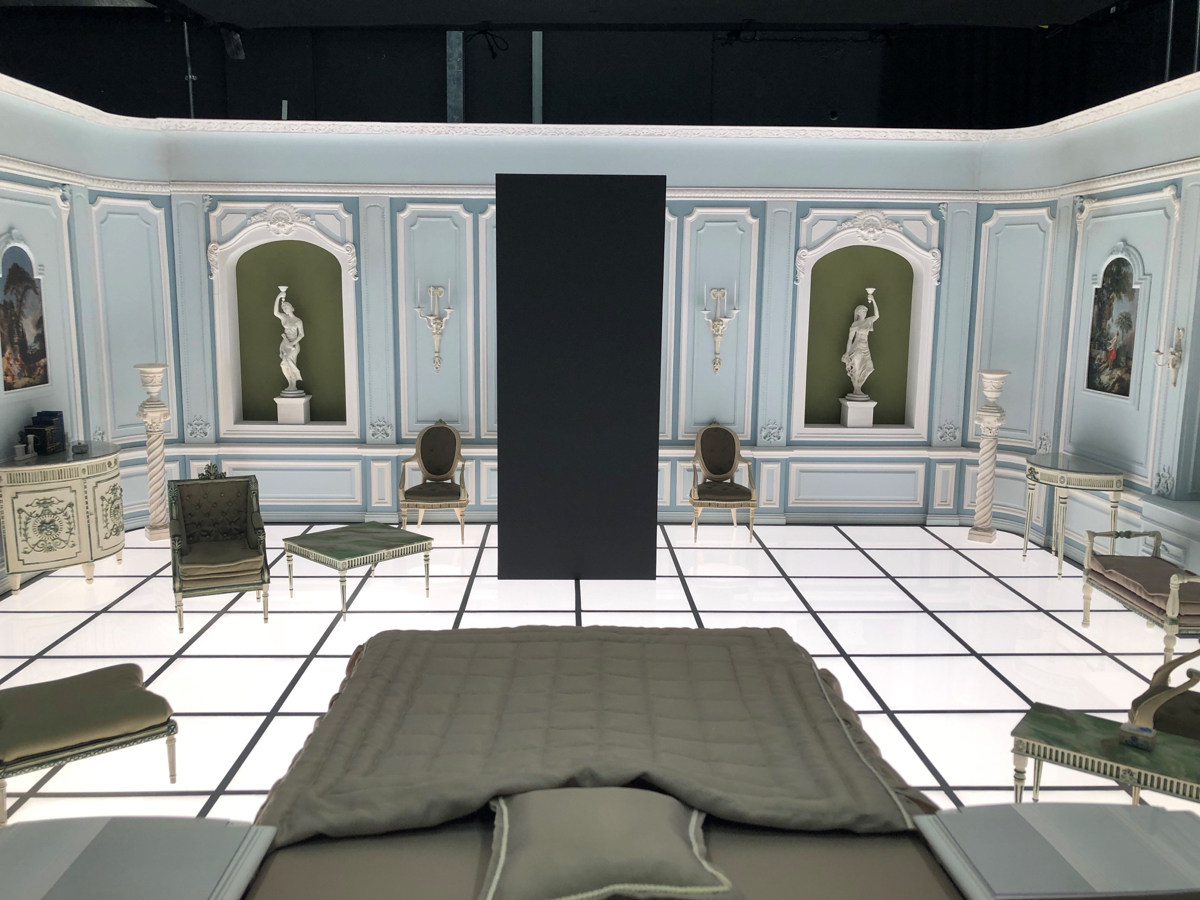 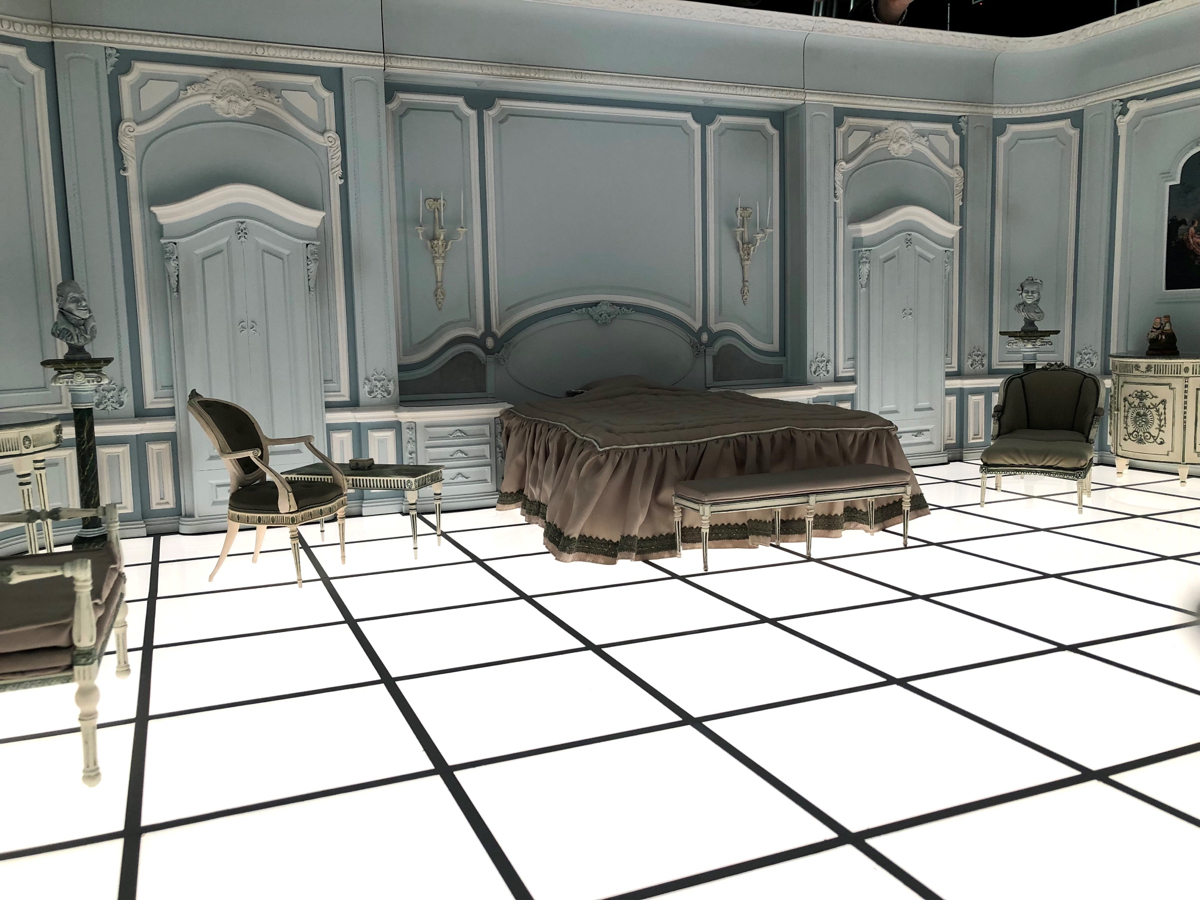 Lee adds that the aim was for the model to replicate the real set as closely as possible. The final practical model took six weeks to build, with Lee commenting that the bigger challenges were the fine details such as cornice work, dado rail, skirtings, panel details and the Louis 16th furniture. “The whole set is underlit with one light source, so it really does replicate the film well. We re-created the lighting with the help of NFTS Cinematography student Rob O’Kelly, and shot a Motion Control sequence with our friends at Mark Roberts Motion Control.” 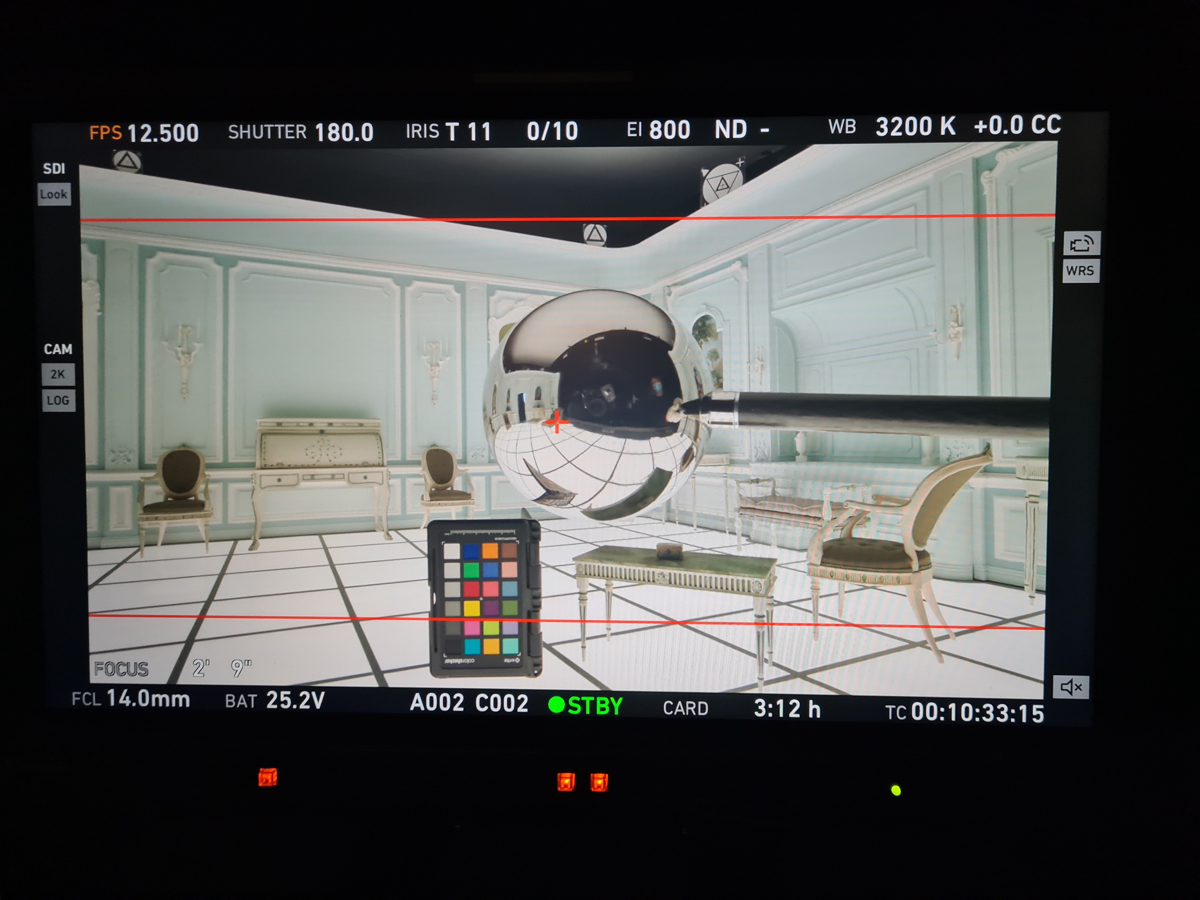 In a special surprise to students, NFTS co-head of Cinematography Stuart Harris was invited to the set. “Stuart was a focus puller on the original film and recounted stories about his time shooting the actual sequence back in 1965,” advises Lee. “When you’re creating a course like this, that’s the icing on the cake for students and staff.”

Simultaneously, the VFX students crafted their digital rendition of the bedroom set, also building a special CG EVA pod to be composited into the final sequence.

“The students worked through a number of iterations at an early tech visualisation stage,” explains Murphy. “Making a very slow, intricate camera move to answer the brief proved tricky. The problem is that because a digital camera can be moved any which way in the software we use, we get carried away. CG camera motion is much different to the very elegant, almost imperceptible motion created with a physical 1960s era Super Panavision-70 camera! We worked closely with the brilliant Richard Widgery from Take4D, who came in to the design process bringing in his own tools for Maya, to show us at least what the weight and physicality of the Milo rig would do when you program it to move (thanks to Mr Moco aka Mark Roberts for the hire).” 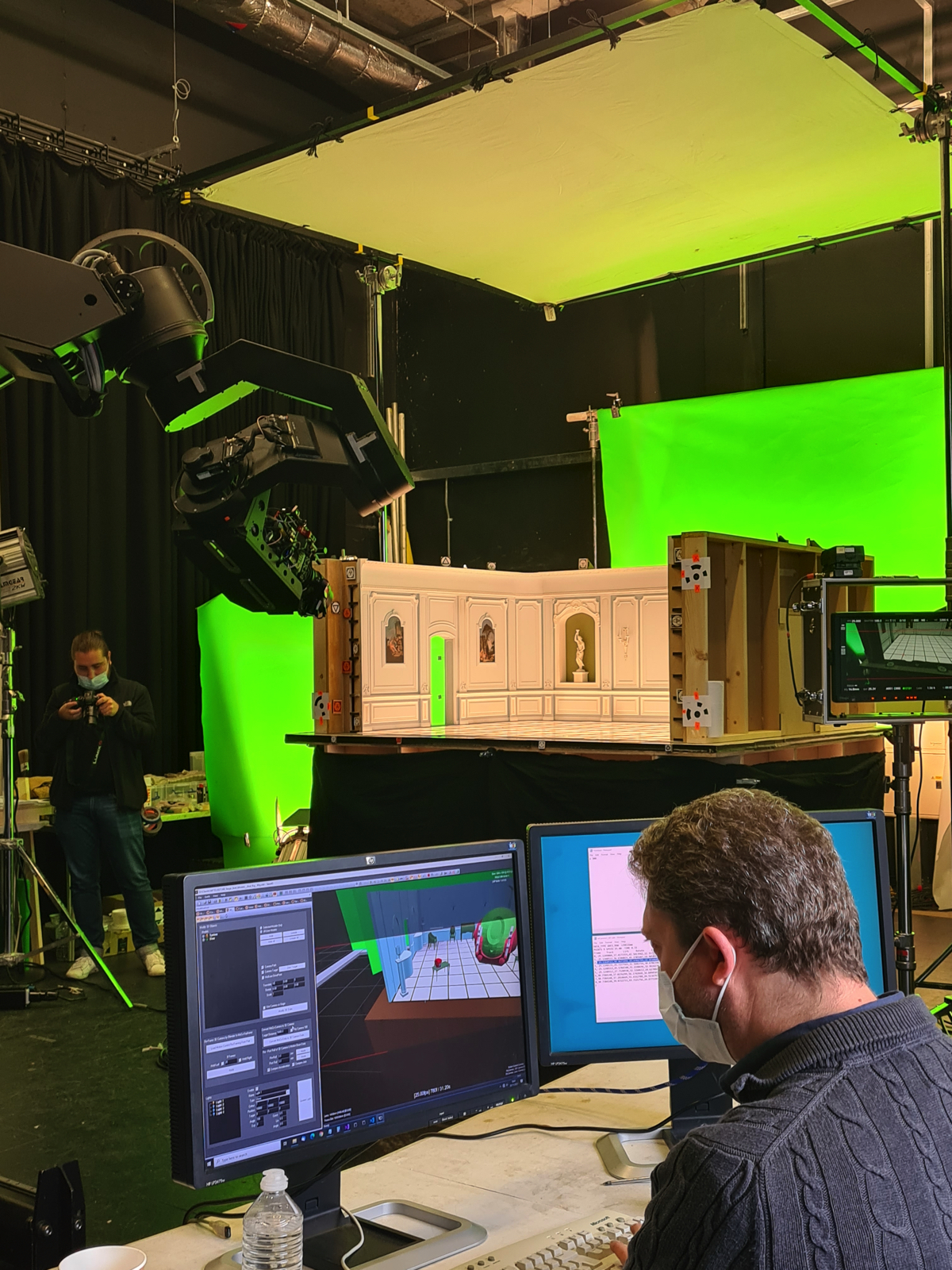 “With Richard’s expert input,” adds Murphy, “we could simulate possible moves of the real rig using a digital volume equivalent of it, complete with camera and lens. Richard showed how one move we originally planned would have taken out a side of the miniature! We learnt a lot about the intricacy of depth of field considerations on a 14mm master prime, shooting a 1/6 scale miniature, with Richard’s help too.”

“The end result,” says Lee, “is that the audience assumes everything they see in the film is real and was shot at the same time. It’s a terrifically complex challenge for both departments, but one which has produced an astonishing result and is complimented by a specially composed track by NFTS composer, Fabio Amurri. This year, Ian and myself encouraged both departments to spend more time hanging out together, learning about each other’s course, sharing dimensional information, and making decisions about proportion and scale, as none of the original drawings from the film exist.”

And while models and miniatures might be considered by some to be an effects technique less often used today, Lee believes the physical worlds of model making, props, design and visual effects are actually beginning to merge in new ways. “Students having an understanding of other specialties will be a real bonus when moving into the workplace after graduating,” he says.

You can find out more information on the Model Making for Animation diploma at the NFTS website here and more about the VFX course here. Follow NFTSModelMaking and John Lee on Instagram.