Goodbye Kansas Gets Grabby with Excavator VFX on ‘Locke & Key’ 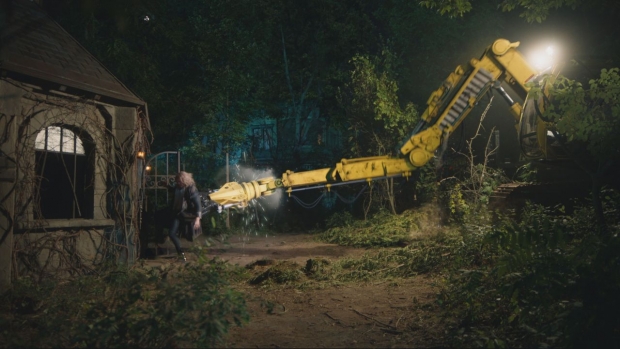 A coming-of-age mystery about love, loss, and the bonds that define family, Netflix’s episodic adaptation of the best-selling IDW Entertainment comic book series by Joe Hill and Gabriel Rodriguez was nominated for a People’s Choice Award for Best Sci-Fi/Fantasy Show in 2020.

In the show’s final season, the Locke family uncovers more magic within Keyhouse, while a new threat, the most dangerous one yet, looms in Matheson with plans of his own for the keys, all presenting new visual challenges for the Goodbye Kansas team.

“For the third season, we had a scope of work which included three key sequences to tackle,” noted Halverson. “We used pretty much everything in the toolbox for this series: Maya, Houdini, Nuke, 3DEqualiser, and more. The project was extensive, from modeling, texturing, lighting, and rendering, to rigging and compositing.” 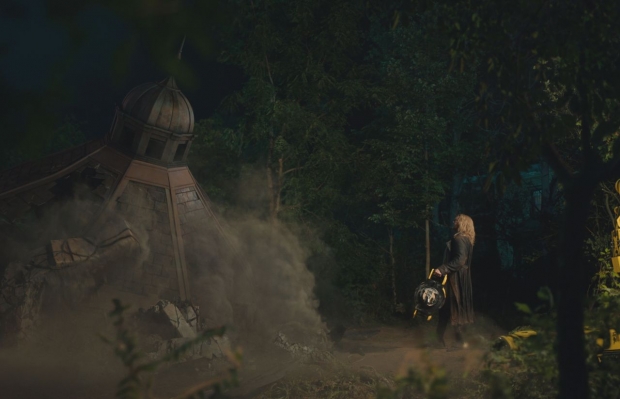 One of the main sequences Goodbye Kansas delivered involved effects for a “Creation Key.” Not native to the original comics, the key is a creative addition to the Netflix adaption, one of the many magical keys hidden within Keyhouse Manor.

“The Creation Key is used by the Locke siblings to draw items that they need onto a surface,” explained Halverson. “This key’s power allows any surface to magically transform into whatever is drawn onto it.”

He continued, “In terms of our VFX work, the Creation Key sequences involved two phases. Firstly, we had to recreate these real-world objects (i.e., the desired items) in 3D. We had a few objects to create; there was a motorcycle, a door that is used to escape into a pub, and also the latch to lock that door after they go through it. Then we had to develop the effects in which the original surface transitions into a new object. For the motorcycle, this was a massive transformation because the effect transitioned from being a surface made of asphalt into an object made of chrome, painted metal, and leather.”

Keyhouse Manor is set within large grounds, comprised of exterior buildings, garden areas, and a wellhouse above one of the magical doors and a section of flooded underground catacombs. In Season 3, the wellhouse becomes the scene of a battle between one of the Locke siblings, Gideon, and an excavator arm controlled by puppeteers.

“For this battle, our aim was to really sell the struggle between man and machine,” said Halverson. “The initial task was to design a mechanical arm for the excavator. The concept art was delivered by our art department. It had to look believable as if it was genuinely able to push Gideon inside the wellhouse.”

The design was based on bucket-style excavators, but it had to have a claw at the end that would grip Gideon and try to force him inside the wellhouse. Halverson shared, “This doesn’t really exist in the real world, so although the design and animation had to seem real, we had no real-world reference to work from.”

Aside from the concept art for the mechanical arm, the team also painted out the on-set puppeteers that held the practical claw around Gideon’s body. To round off the sequence, the team had to model, paint, animate, and composite the arm to sit realistically within the scene.