Here’s how MPC made that photoreal Harold Ramis digital double

Behind the scenes in this new VFX breakdown of the studio’s Egon ghost for Ghostbusters: Afterlife.

MPC stunned audience members a few years ago with their photoreal Rachael CG character in Blade Runner 2049. Equally as stunning was the VFX studio’s effort for a CG Harold Ramis, who passed away in 2014, in Ghostbusters: Afterlife.

In this new VFX breakdown video, MPC showcases the work in crafting the Egon ghost character, including the R&D, reference gathering, live-action shoot, scanning and final VFX shots. I also always find it fascinating how digital human work often includes re-making the actor at a certain age or from certain reference first–to essentially reach a ground truth–then proceeding to age or de-age them appropriately, as MPC did here.

Check out the video below. I’ve also reproduced MPC’s press release on the Egon shots.

MPC’s global teams, led by VFX Supervisor Pier Lefebvre and DFX Supervisor Sebastien Raets, collaborated with the filmmakers on the entirety of the Egon Spengler scenes. To bring Egon Spengler back from the spirit realm, the team began by studying his life’s work. MPC Film’s Character Lab built a library of reference material from the 1984 and 1989 Ghostbusters films and were given access to digital scans of earlier footage that had never been used before. By studying the footage, the artists were able to select key angles and facial expressions and began to create an accurate likeness.

“The next stage was to explore the aging process to reflect concept art supplied by the filmmakers,” says DFX Supervisor, Sebastien Raets. The Character Lab team was supplied with scans and photographs of the stand-in actor performing on set with the cast. “Our texture artists supplemented this with their own library of skin maps and photography of a life model of a similar age.” 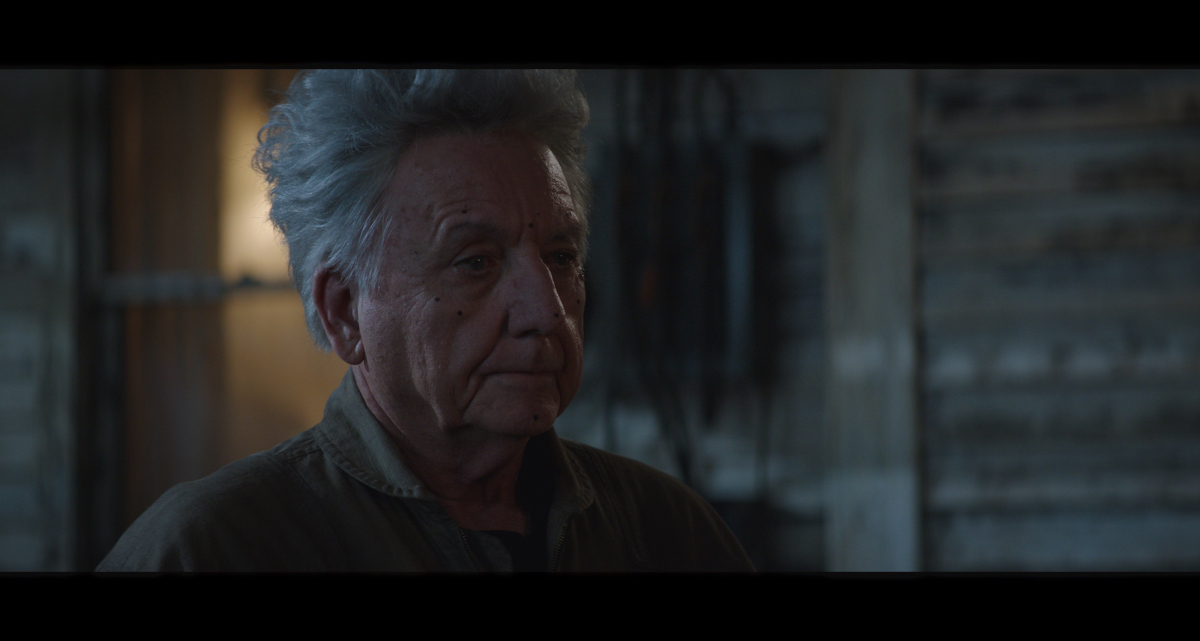 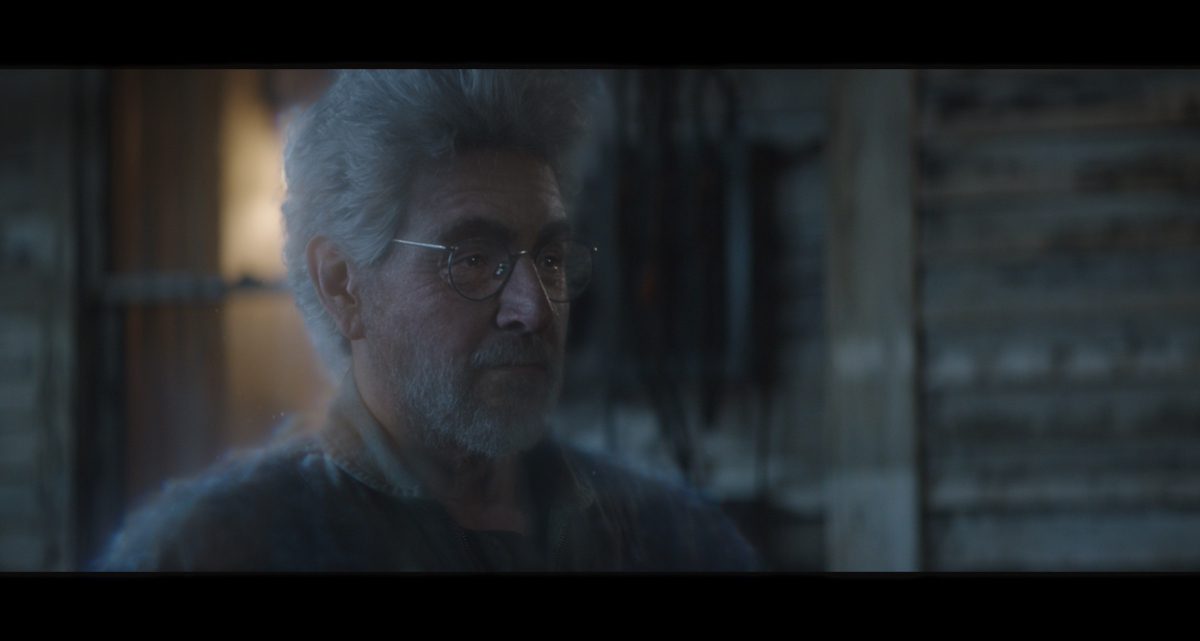 “We gathered reference material of Harold Ramis from the 1984 and 1989 Ghostbusters films, and we were given access to digital scans of previously unseen footage and alternative takes. Studying this footage, we made selections of key angles and facial expressions and began the process of matching the young actor, focusing on the head structure hairstyle and facial expressions,” adds Sebastien.

Once the team was confident with the matching of 1984 Egon and could show a convincing match to 1984 shots, MPC’s VFX artists then moved on to ageing Egon to match concept art supplied by the client. The target here was an appropriately Egon that would be recognized by the audience as opposed to a straight recreation of Harold Ramus at this age. Alongside the artwork for the aged Egon, we were supplied with scans and photographs of the double who performed on set and an actor cast for his features seen in the artwork. 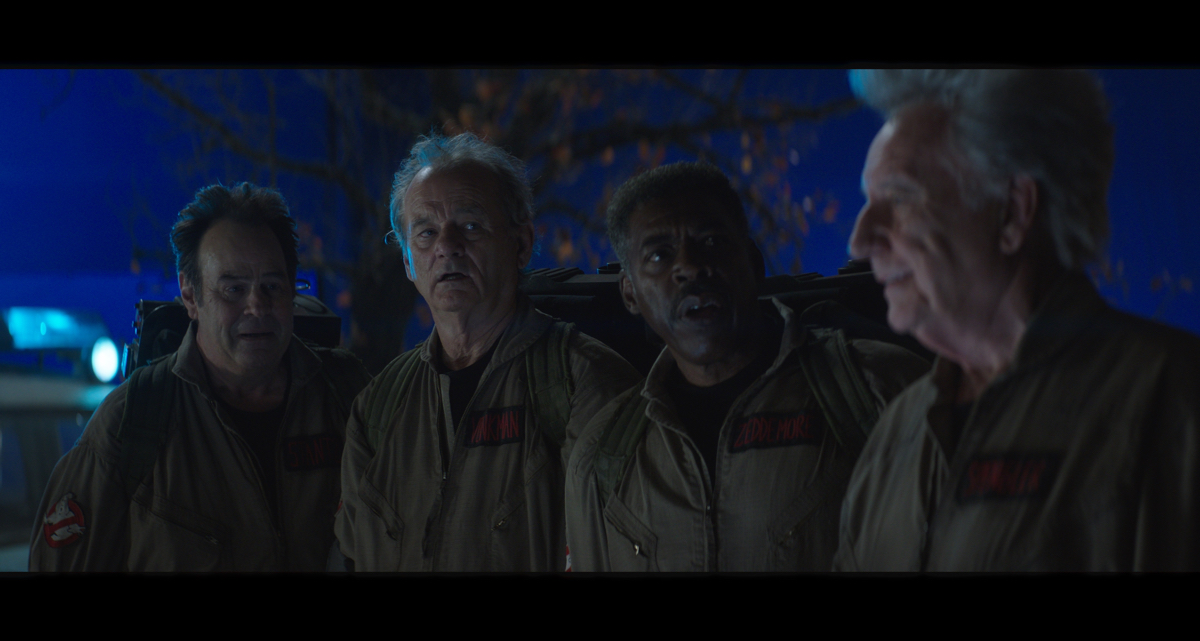 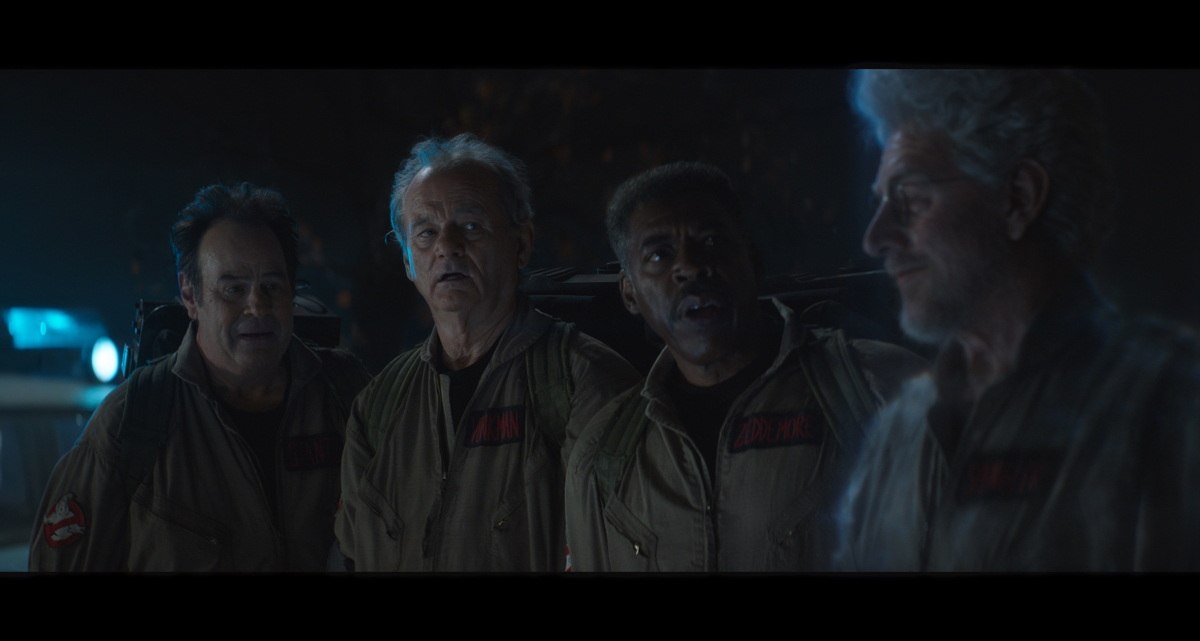 The artists then supplemented this with MPC’s own library of skin maps and photography of an appropriately aged life model. The asset team worked closely with the Shots team to develop the features most important in achieving a convincing likeness. A nuanced facial model and rig were developed to help animation create a convincing emotional performance. Photoreal hair, skin and eyes were developed to help lighting and comp assemble are photoreal recreation.

“Respectfully bringing Harold Ramis back to the screen was a project we were honored to take on, and we were humbled and overjoyed with the positive response from the client, the audience and Harold’s family,” adds Sebastien.