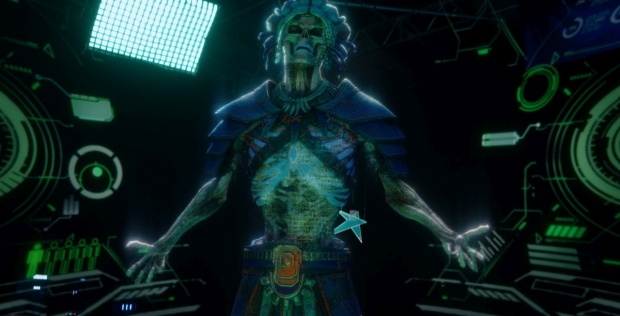 After working on the first season of IMDb TV’s Alex Rider, Goodbye Kansas Studios has returned as the primary VFX vendor for the action thriller series, creating 215 shots and 12 assets for Season 2.

Based on the beloved teen spy novels by Anthony Horowitz, Alex Rider follows the titular protagonist throughout his adventures as a teenage secret agent working for MI6. The series balances a realist visual style with spectacle characteristic of the genre, including holographic projections, high-tech villains, and a healthy number of explosions. Goodbye Kansas Studios’ team for the show was led by VFX supervisor Jim Parsons and CGI supervisor James Sutton, from the studio’s London division.

Check out the VFX breakdown reel, as well as details about the production, with images, below.

In one of the show’s major FX-driven scenes, a killer drone lays waste to everything that crosses its path. Although practical drones were used as stand-ins for timing and eye-lines for POV action, Goodbye Kansas was primarily in charge of creating the digital asset of the deadly device.

“Like all digital assets, the drone started with some good references and concepts,” says Sutton. “The challenge for us in 3D was that our killer drone was in essence a hybrid of a commercial drone and a heavy-duty Gatling gun. We had to first make sense of its construction and overall design language. A lot of effort was made researching military hardware and determining how the mechanics would function, being sure to reference component parts and materials from real world examples. Staying true to real world examples in this way really helped push the realism of our drone.”

“The animated CG drone was enhanced with numerous 2D effects from the compositing team producing some exciting shots,” adds Parsons. Working with the CG team’s animated drone, the compositing team added such elements as Gatling gun shells, tracer fire, laser pointers, and smoke. The killer drone sequence also called for a combination of compositing and 3D, to incorporate bullet holes and fire into its climactic carnage-filled chase. 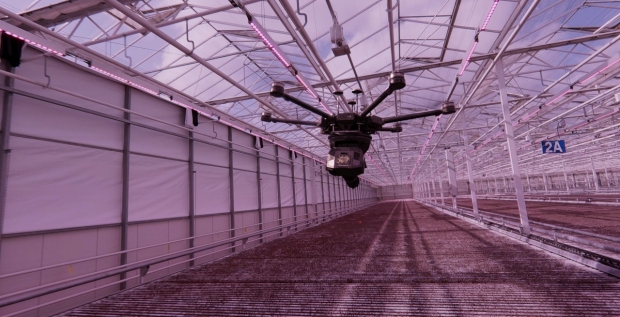 Another threat to Alex Rider the VFX team tackled are the series’ augmented reality skeletal warriors. These villainous characters are first introduced in a sequence in which Alex wears a headset to see them, and a sensory suit that allows him to perceive pain when they attack him. To create this incorporeal effect, the asset designs had to maintain an air of fantasy about them.

To incorporate an appropriately video game-inflected style into those scenes, the team used game character designs from Mortal Kombat and Killer Instinct as primary references. Examples of ancient Aztec art also inspired the villains’ unique appearance. Once the desired look was locked in, the team began animating the skeletons’ movements with motion capture techniques.

At this point in the process, Goodbye Kansas’ motion capture studio was still inaccessible due to pandemic restrictions. “We had to go for an alternative option, which was three men – two dancers, and one stuntman – dressed in green outfits,” Parsons recalls. “They performed on the set so that Otto Farrant, [who plays] Alex Rider, could have a reference for aiming. We filmed them in their suits and used their movements as the basis for the animation of the skeleton warriors.” 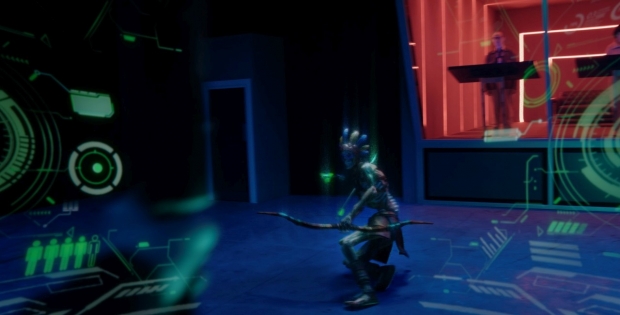 Head of tracking Joe Arnold and creature supervisor Fredrik MacLeod found a way to utilize the filmed movement: “We captured the movements through roto anim, a process which extracts the movements from film to digital space,” Parsons continues. “Once in the digital realm we were then able to map these movements to our Aztec warriors. It then required just a little bit of animation cleanup, plus secondary animation for the costumes. This process produced around 70% of the animation for the sequence, proving to be a very effective approach.”

VFX Supervisor Staffan Linder added greater detail to the creature animations in these shots: warriors placing their hands on their hips, laughter, and movement of their fingers when aiming their bow and arrows at Alex.

One of Sutton’s favorite VFX shots in the show’s second season features Alex rapidly shooting three of the skeleton warriors. “It’s quite a moment: Alex is getting into a rhythm of defeating the warriors by this stage,” Sutton explains. “Pop, pop, pop, one by one, the characters digitize into glowing cubes that fall to the ground. It’s really quite satisfying to see them disintegrate one after the other.” 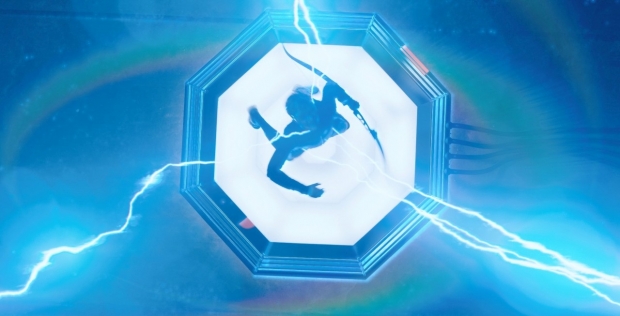 Parsons adds that the VFX team had the most fun when it was given free rein to run wild with the show’s fantastical elements.

“For no reason whatsoever, one of the Aztec skeleton warriors becomes a giant and then shoots lightning out of his eyeballs,” Parsons says. “The director of this block, Rebecca Gatwood, just thought it was cool. It was a highlight for me — I thought it was a brilliant shot. Sometimes, you’ve got to go with ‘cool’ over ‘reality.’”

Season 2 of Alex Rider is now available on IMDb TV in the U.S. and UK.