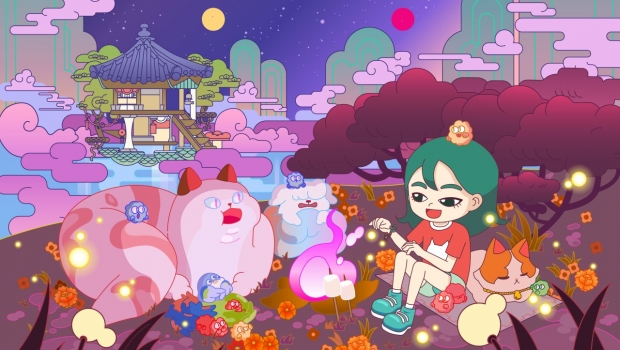 HwaHwa Studio and Run With Us Productions have entered into a distribution agreement with Daekyo Kids TV, a leading edutainment channel for children. Under the terms of the agreement, Daekyo Kids TV will begin Asian distribution of 20 short form animated episodes of The Legends of the Meoshi Monsters beginning late summer 2022.

The popular Meoshi World franchise draws on the little-known but true Asian mythology of ghosts and monsters. The Legends of the Meoshi Monsters is based on the best-selling illustrated books by Kyoungrim (Lima) Kim and her partner Jan Jose Borkowski, who are also founders of HwaHwa Studio.

The “Meoshi World” Books introduces hundreds of mythical characters that dwell in Meoshi World and includes character explanations and background based on actual Korean historical records. The books also feature full color illustrated images together with graphics and charts for each character’s attributes, power level and more.

“We are thrilled to partner with Daekyo Kids TV to bring our stories of Meoshi Monsters to Asia,” shared Kim. “This is further validation of the interest in Korean created content and the true Asian mythology of ghosts and monsters. We are confident the episodes will be well received and represent a significant steppingstone to introducing Meoshi World in Asia and ultimately around the world.”

Daekyo Kids TV noted that Korean animated content has seen an overall boom in global popularity, especially in the monster and folk tale genres. The company noted that: “…it believes Meoshi World (a fantasy adventure animation series based on Korean mythology and folk tales) will prove to be a one-of-a-kind unique IP. We are excited to collaborate with global partners to develop Meoshi World animated shorts as an authentic Korean and globally popular show.”

“Following the global fascination with emerging Korean content, we are excited to be partnering with Daekyo Kids TV in introducing these authentic stories of Asian legends to the global marketplace,” added Run With Us Productions founder Kevin Gillis. “This is a significant step to be soon followed with the launch of HwaHwa’s longer form animated content.”

Animation production will be split between HwaHwa Studios in Busan, Korea and Kevin Gillis in Ottawa, Canada.