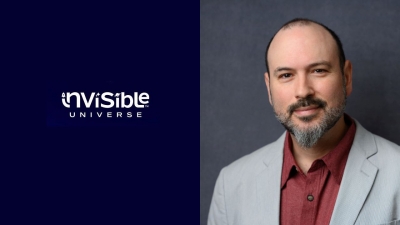 Internet-first animation studio, Invisible Universe has announced that David Levy has been named chief creative officer. He brings 20+ years of experience in animation and development from entertainment companies including The Walt Disney Company, Viacom International, and Warner Bros.

“David is a forward-thinking creative leader with over two decades of experience in television and animation,” noted Invisible Universe CEO Tricia Biggio. “Having Dave join us signals that the landscape of entertainment is changing, and we’re building the future. We can’t wait to see what we are able to create with him on our side.”

In his new role, Levy will focus on the creative aspects of the company’s content pipeline, working closely with Biggio and the creative team. He will supervise the development and execution of original IP to drive engagement across all platforms.

“Invisible Universe is leading the way in creating content for this next generation that spends most of their time on their phones,” added Levy. “The internet is primed for storytelling and meeting consumers where they already are. These characters are so engaging, inspiring, and indelible and will become the entertainment franchises of the future.”

Prior to Invisible Universe, Levy served as the director of animation at Disney+, where he spearheaded creative and production for all animation content on social media. He helped guide multiple teams of artists, producers and writers on various projects and led development on short form content for Lucas Film, Walt Disney Feature Animation, Pixar, and others.