The stop-motion storytelling masters at LAIKA, the studio behind Oscar-nominated films Coraline, ParaNorman, The Boxtrolls, Kubo and the Two Strings, and Missing Link, have just announced an ambitious new animated movie project, The Night Gardener. LAIKA CEO & President Travis Knight, who directed Kubo and the Two Strings and Paramount’s Bumblebee, will direct from an original screenplay by Bill Dubuque, creator of Netflix’s hit series Ozark. 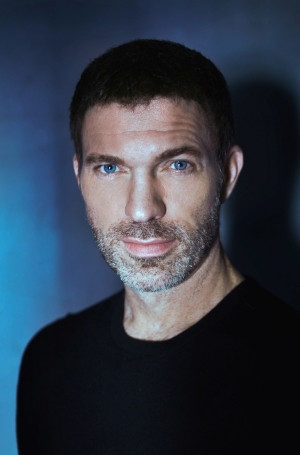 The studio is currently in production on Wildwood, based on the bestselling fantasy novel written by Colin Meloy, lead singer and songwriter for the rock group The Decemberists.  Knight is also at the helm. The studio also recently announced its first live-action feature film based on the action thriller novel “Seventeen” by screenwriter John Brownlow.

According to LAIKA, The Night Gardener “is a gritty neo-noir folktale centered on a young man in rural Missouri fighting to keep his family together in the wake of a tragedy. The film will paint an unflinching portrait of sacrifice, self-reliance and revenge.”

“The Night Gardener is a beautiful and timeless story that quickens the pulse as often as it breaks the heart,” says Knight. “Bill is a masterful storyteller. He’s crafted a lyrical world layered with complex characters, provocative ideas, and keenly felt emotion. It’s gonna be one helluva movie.”

“I’m delighted that Travis Knight saw in The Night Gardener a story worthy of the time intensive process and collective talent of LAIKA’s in-house artisans,” says Dubuque. “LAIKA’s creativity and dedication to detail is, in my opinion, as close as one can come to conjuring storytelling magic.”

Dubuque is co-creator, writer and executive producer of Netflix’ hit show Ozark. Originally a headhunter, he turned that career into the feature film A Family Man starring Gerard Butler and Willem Dafoe. He co-wrote the Warner Bros. feature The Judge, starring Robert Downey Jr. and Robert Duvall, for which Duvall would earn an Oscar nomination for Best Supporting Actor; he also penned The Accountant starring Ben Affleck.