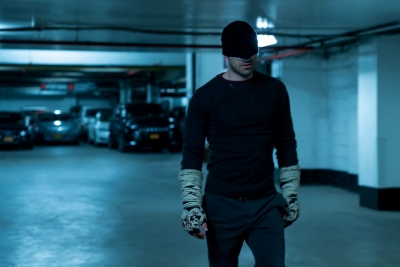 Neither Corman and Ord nor Marvel Studios have issued any public comments on their involvement with the project, but the confirmation of their hiring indicates that the series will indeed move forward.

Corman and Ord are co-creators of the espionage drama Covert Affairs. The show debuted on USA Network in 2010 and ran for five seasons, with Piper Perabo starring as a rookie CIA operative and Christopher Gorham co-starring as her handler. The pair also served as executive producers and co-showrunners on the NBC series The Enemy Within and The Brave, and The CW series Containment.

The news comes amidst fans’ ongoing speculation that the Daredevil series would get the Disney+ treatment, spurred by the role reprisals of Charlie Cox and Vincent D’Onofrio – who both starred in Netflix’s Daredevil – as Matt Murdock in Spider-Man: No Way Home and Kingpin in the 2021 Disney+ series, Hawkeye, respectively.

Netflix’s Daredevil ended after a three-season run. According to Variety, a clause in the streamer’s deal with Marvel forbid any characters from Marvel-Netflix joint productions from appearing in non-Netflix content for two years after leaving the air.

A new Daredevil series will add to the growing slate of MCU shows under the Disney+ banner, which also includes the Oscar Isaac-starring Moon Knight and the comedic Hulk spinoff, She-Hulk: Attorney at Law.