Epic Games’ MetaHumans come from the Epic Games’ team, headed by Vladimir Mastilovic at 3Lateral who are based in Serbia. It is only natural then that the team should find themselves involved with the Lepenski Vir archeological site in Serbia.

Sofija Stefanović, Professor of Physical Anthropology in the Department of Archeology at the University of Belgrade, and her team set about creating a trailblazing reconstruction of the face of a 10,000-year-old shaman from the famous Lepenski Vir archeological site. Lepenski Vir is a Paleolithic site on the banks of the Danube in Serbia.

The latest version of Epic Game’s free MetaHuman Creator not only brought new features but also launched Epic’s new MetaHuman Plugin for the Unreal Engine. One of the major features of that plugin is Mesh to MetaHuman, which was used to reanimate the shaman. This development enables users to create a MetaHuman from user’s scans or own custom models without expert knowledge. This was used to bring a very early European back to life.

The Lepenski Vir settlement in Eastern Serbia, on the banks of the Danube River, was first discovered in the 1960s. It is a site of huge historical significance as it showcases the early stages of the development of European prehistoric culture. Around 500 skeletal remains were unearthed at the site, including the skeleton that has come to be known as the ‘shaman’ thanks to the unusual cross-legged lotus position that it was found sitting in. The shaman is thought to have lived around 8,000 BC. From the skeleton, the team of experts was able to determine his height, weight, and even the fact that he lived on a largely seafood-based diet. 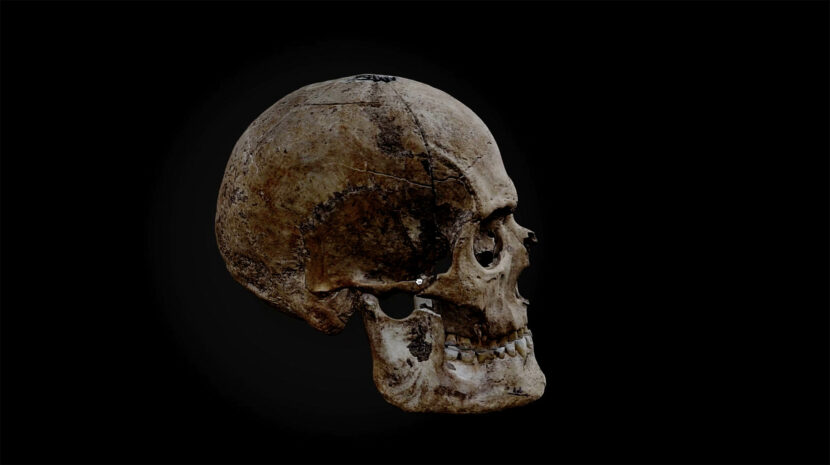 To begin the reconstruction of the shaman, the team needed to create an exact physical replica of the prehistoric skull in order to preserve the original’s integrity. Under the guidance of archeologist and 3D scanning specialist Jugoslav Pendić from the BioSense Institute in Novi Sad, Serbia, the team began recreating the shaman’s prehistoric facial features by capturing hundreds of 2D images using a Peel 2CAD-S scanner. These were then stitched together using RealityCapture to form a 3D virtual model, which was then 3D printed to produce a physical model. 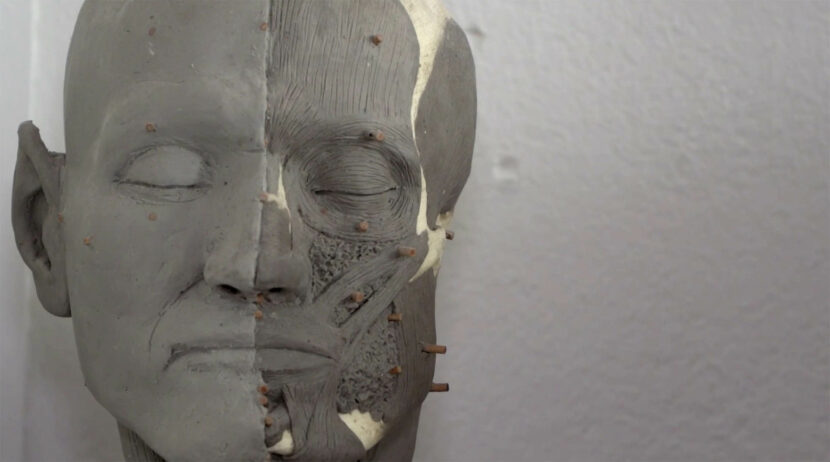 The replica skull was then passed to Oscar Nilsson, a forensic artist, and archeologist who is an expert in reconstructing models of ancient faces for museums using physical clay. Nilsson began creating a forensic facial reconstruction, adding muscle and skin layers with clay, with the thickness determined by the gender, age, ethnicity, and estimated weight of the sharman.

Turning a mesh into a UE5 animatable model

To bring the shaman model to life, the clay reconstruction was again scanned and reconstructed with RealityCapture to create a digital model. With a basic texture for skin and eyes applied, the mesh was then processed through the Mesh to MetaHuman tool.  Using automated landmark tracking, Mesh to MetaHuman fit the MetaHuman topology template to the shaman scan. The technology uses MetaHuman Creator’s extensive database of scans of real human expressions to produce ‘statistically estimated expressions’ for the sharman’s face. Once the process was complete, the team could immediately see the shaman come to life, using the several preset animations the tool offers. 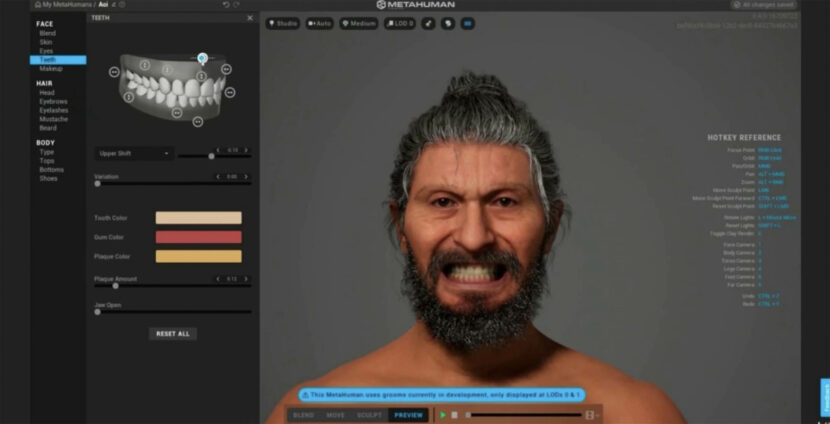 Next, in a collaborative session with archeologists, forensics, and a MetaHuman character artist, the team decided on the appearance of shaman’s hair and skin properties inside MetaHuman Creator. Analysis of available DNA suggested that he would have had intermediary-dark skin, dark hair, and brown eyes with a more than 90% accuracy. 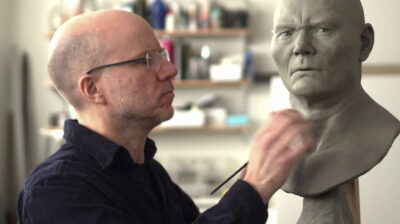 Wrinkles and gray hairs were added based on his estimated age; teeth were adjusted based on the skull; the style of his hair and beard were based plausible for his period of 8,000 BC.  With the Shaman’s digital appearance complete, Nilsson could then apply the same styling to the physical model to complete the traditional 3D reconstruction. “All that back and forth in MetaHuman Creator was really brilliant, because normally I would do this work myself by hand, and that is very expensive and takes a lot of time,” says Nilsson. “But to be able to do this digitally is really a game-changer.”

The team then brought the digital model into UE5, where the shaman could be animated by hand using the MetaHuman facial rig or by using the Live Link Face app to capture facial animation in real-time. 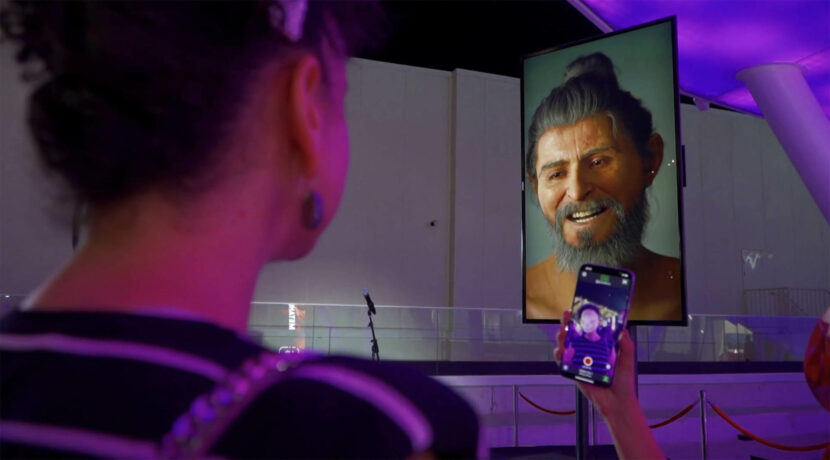 The virtual and physical models were unveiled at the Dubai Expo 2020 by the national platform Serbia Creates, which supported the project. At the showcase, visitors were able to capture their own expressions via iPhones and see them mirrored in real-time by the digital shaman.  “It was pure joy to see him smile,” comments Adam Kovač, Solutions Specialist at 3Lateral. Stefanović. The interactive setup is now exhibited at the National Museum of Serbia in Belgrade, alongside the institution’s collection of Lepenski Vir artifacts.