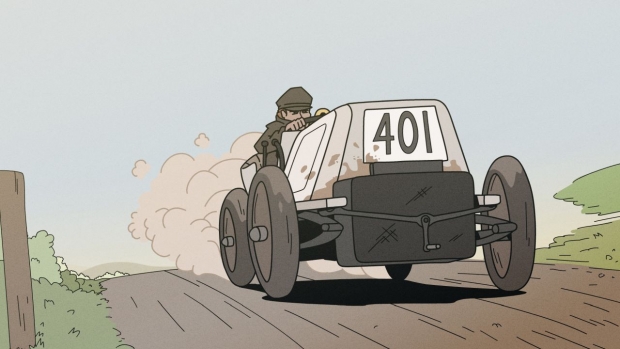 In each episode, hosts swap their favorite car stories. While one host shares their most unbelievable automotive legend, the other one listens carefully, ready to jump in and flag any holes in the story or simply crack jokes. Stylized animation will be blended with active interviews with top celebrities and automotive authorities bringing the narratives to life.

“Everyone has a car story, and what we’re developing with our talented partners at Titmouse will bring to life those stories in captivating and creative ways you’ve never seen before,” said MotorTrend Group Global president and general manager Alex Wellen.

“Based in truth, the tales told by our guests on Super Turbo Story Time won’t be limited by an embellishment governor,” shared Gabriel VanHuss, series Executive Producer and Vice President, Digital Programming, MotorTrend Group. “Audiences can expect to be entertained with legendary, unexpected automotive stories full of humor and fronted visually by the very best animation from the remarkable Titmouse team.”

“Car history is full of legends, from racing to building, to humiliating Hitler on his home turf, we’ve collected a little bit of everything automotive for Super Turbo Story Time,” added Daniel C. Katz, Executive Producer for Titmouse. “We’re excited to work with MotorTrend Group to produce the first-ever adult animated series that offers intriguing car stories told by amazing guests and presented in a whole new way with animation.”

For MotorTrend Group, Gabriel VanHuss is executive producer and vice president, digital programming; Mike Suggett is head of programming and development, and Alex Wellen is global president and general manager.