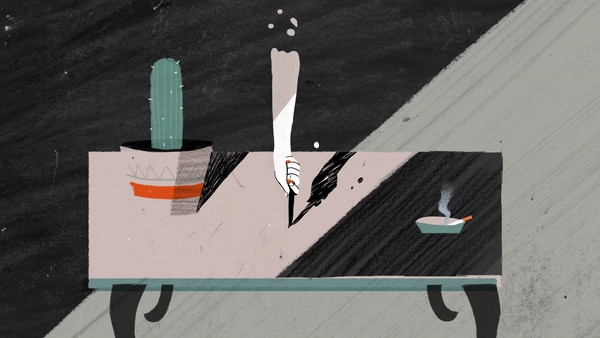 Nexus Studios has signed Alex Grigg to its global creative studio. With a back catalogue of award-winning ﬁlms, he is known for a 2D aesthetic delivering humor while tapping into key cultural moments. Griggs joins Nexus Studio’s commercial roster based in Australia that includes Robertino Zambrano, Haein & Paul, and Mighty Nice.

Griggs’ clients have included The New York Times, BBC, Cartoon Network, Coca-Cola, Bulb Energy, and Mailchimp. He created a visualization reflecting comedian Trevor Noah’s fascination with the weaponization of words, particularly in relation to safe spaces, in his short for WeTransfer. He directed two episodes of the Headspace animated stress management series on Netﬂix. His short ﬁlm Phantom Limb received recognition for its poignant depiction of life and love after amputation.

“We’ve known and admired Alex for a long while as a unique talent in animation,” commented Nexus Studios Co-founder and executive creative director Chris O’Reilly. “He has an amazing graphic sensibility and a talent for emotionally driven storytelling. We are delighted to have this chance to work together.”