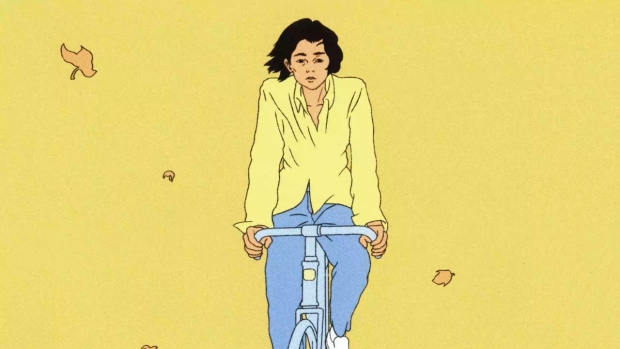 Nexus Studios has just shared a new animated music video, directed by Manshen Lo, for Tom Odell’s single, “Best Day of My Life,” part of an ongoing collaboration with the musician. The video release coincides with the launch of Odell’s new album and world tour.

Lo’s visual world tackles the emotional peaks and troughs of being alive and experiencing moments of euphoria following bouts of sadness. Evoking the relatable, post-pandemic emotions of loneliness and separation, the short follow the repetitive and soothing movements of a cyclist riding alone set against an abstract background.

The visual style blends delicate illustrations, creating an atmosphere that highlights Lo’s ability to slow the world down through her craft. This is her first venture into music promos, complimenting her portfolio of short films, editorial, and commercial work, including the title sequence to Nexus Studios and Netflix’s anthology, The House, cover artwork for Sally Rooney’s bestselling novel “Beautiful World, Where Are You,” alongside projects for The New York Times, Poetry Review, and MTV.

“I drew the cyclist front on, facing us, to reflect Tom’s openness and the process of shedding inhibitions,” shared Lo. “The character was purposefully designed in a gender-neutral style, with clean lines, which Duncan Gist then animated beautifully.”

“I watch it over and over again, I love it so much, it’s hypnotic,” noted Odell. “Thank you Manshen and the whole Nexus Studios team who worked on this.”

Check out Best Day of My Life: