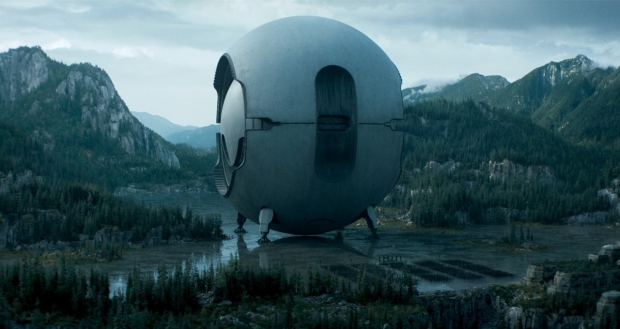 This year’s five Academy Award nominees for Best Visual Effects all amply illustrate how filmmakers continue to find stunning new ways to wow audiences with ever-more dazzling visuals. Created by thousands of top artists working around the globe – at home – during the pandemic, the five nominees all benefit from digital filmmaking excellence produced under the most demanding of circumstances. They also benefit from cutting-edge CG technology made available by NVIDIA.

As the tech giant’s Rick Champagne’s new blog post explains, NVIDIA technology not only powered each of this year’s five nominees, but it has powered every VFX Oscar nominee for the past 14 years.

Champagne notes that NVIDIA has been pushing the boundaries of computer graphics for decades, enabling innovative studios and their incredibly talented artists around the world to create award-winning visual effects in films.

He writes, “The company’s latest technologies, powered by NVIDIA RTX, help artists push their creativity and craft to new levels of realism, bringing stunning visuals to the big screen.” 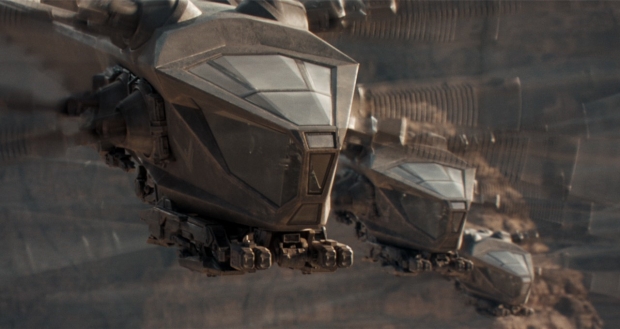 From flying spacecrafts to giant sandworms, the gorgeous, futuristic visuals in Dune were produced by Academy-Award winning studio DNEG.

DNEG contributed work on 28 sequences and nearly 1,200 VFX shots on Denis Villenueve’s sci-fi masterpiece, with each elaborate element designed to bring his vision to life. To do so, the studio worked across multiple locations with remote artists using virtual workstations powered by NVIDIA RTX.

DNEG was the first studio to implement NVIDIA virtual GPU software at scale. Now, DNEG continues its pioneering efforts with NVIDIA Omniverse Enterprise as the studio looks to the future of connected, collaborative workflows.

“Every show we get is different from the last, and NVIDIA RTX with vGPU lets us scale the memory and performance characteristics up or down to meet the needs of our artists,” said Daire Byrne, global head of systems at DNEG. 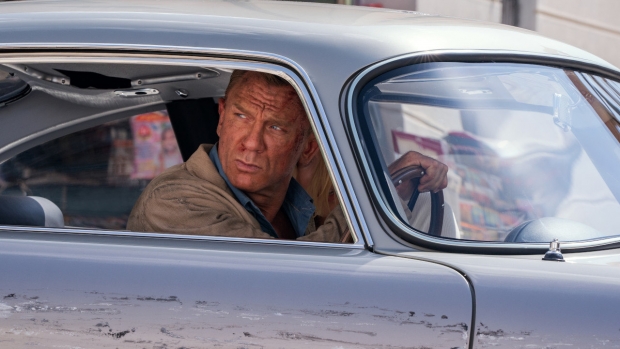 Exhilarating Visuals Go Beyond for Bond

DNEG secured a second Academy Award nomination with the latest James Bond installment, No Time to Die. This is the first Bond film to receive a VFX Oscar nomination since 1979’s Moonraker.

To create the film’s action-packed scenes, explosions, and massive environments, DNEG delivered over 500 VFX shots. Its team used detailed references and scans to help design everything — from a glider and a sinking ship, to the island headquarters and thrilling car chases.

Breaking Out of Virtual and Parallel Universes

Charlatan replaces the face of a character with a hand-created facial model, and then combines it with the original performance using AI. This provides much more realistic results when working with digital doubles. Digital Domain also helped build the visuals for “Free City,” the game environment where the film takes place. 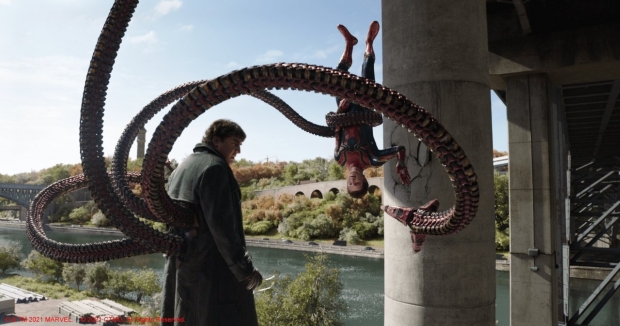 For Spider-Man: No Way Home, Digital Domain digitally recreated 2.5 square miles of New York City, one of the biggest computer graphics environments the studio has ever built.

A dramatic fight sequence — which shows the web-slinging hero battling the villainous Doc Ock and his mechanical arms — takes place on a bridge, with visuals and computer graphics elements that include various people, vehicles, and weather conditions.

Another one of Disney’s most recent Marvel films, Shang-Chi and the Legend of the Ten Rings, showcased magical visuals from creative studio Weta Digital.

Weta worked on 300 shots and VFX sequences that included an epic dragon battle, realistic water simulations and the magical rings themselves. One of Weta’s challenges was to create the breathtaking sequences with the Great Protector, a wingless dragon, and the Dweller-in-Darkness, a creature made up of 128 million polygons.

Weta created custom rigs to deliver performances that emphasized the massive scale and weight of each creature. The team also developed a new AI system to assist with facial performances on the digital double of Shang-Chi’s father and main antagonist, Xu Wenwu.

While only one team will hit the stage to accept the Best Visual Effects Oscar, millions of artists create stunning visuals and cinematics with NVIDIA RTX technology. You can learn more at NVIDIA GTC, which takes place March 21-24.

Registration for GTC is free. Sign up to experience how award-winning studios in the industry, including DNEG, HBO and ILMxLAB, are using NVIDIA RTX to unleash new possibilities in storytelling.