Paramount Drops ‘Paws of Fury: The Legend of Hank’ Clips

In the film, hard-on-his-luck hound Hank (Cera) finds himself in a town full of cats who need a hero to defend them from a ruthless villain’s (Gervais) evil plot to wipe their village off the map. With help from a reluctant teacher (Samuel L. Jackson), our underdog must assume the role of town samurai and team with the villagers to save the day. The only problem is cats hate dogs!

The voice cast stars comedy legends Brooks, Gervais, and Cera with additional comic relief provided by Aasif Mandvil and Gabriel Iglesias. Rounding out the cast are Jackson and George Takei.

Now get ready to tap your feet and sing-along when you watch: ‘Paws of Fury: The Legend of Hank | Lyric Video’

And, in case you’re wondering, tickets are NOW on sale. 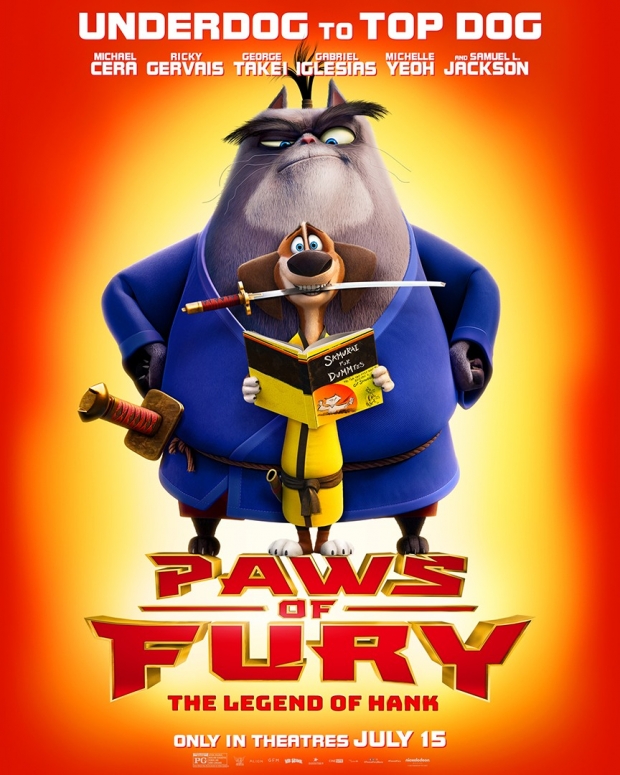