Pixomondo (PXO) is an award-winning VFX studio with eight offices in North America, Europe, and China. PXO won an Academy Award for its VFX work on Martin Scorsese’s Hugo and several Emmys for Game of Thrones. The company is Emmy nominated for its VFX work on Westworld, Star Trek: Discovery, and The Orville. Recent and upcoming PXO credits include HBO’s Winning Time: The Rise of the Lakers Dynasty, Station Eleven, Halo the Series, Tom Clancy’s Without Remorse, Moonfall, Umbrella Academy, The Boys, and Avatar: The Last Airbender.

There is also a smaller stage that’s used for a lot of commercials and short-form projects, called STAGE SIX. Both stages are based around a team that PXO assembled of technology partners that work alongside the company’s own VP crew, including Epic Games, LED manufacturer ROE Visual (Panels), OptiTrack and NVIDIA. 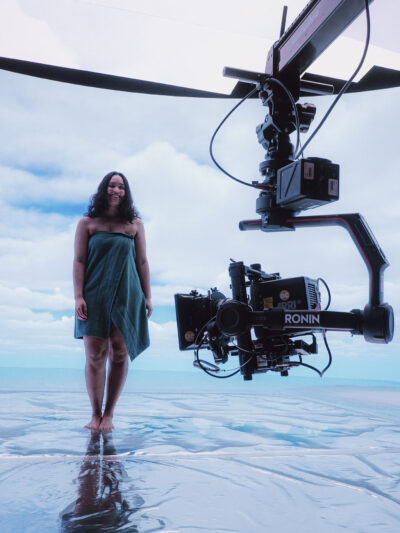 Stage Six is being used to film TVCs such as this one below with production company Breathe:

Beauty company Deciem decided to try VP for the first time to launch a hair care line for their brand The Ordinary.  Breathe Entertainment produced the spot and shot it on Pixomondo and William F. White International’s VP Stage in Toronto with a wet floor. See the making of below.

The TVC was a one-day shoot on Stage Six using Unreal Engine: UE4.27. This stage is a 6K square foot sound stage, with the LED volume being 62ft in diameter, 20ft tall, 31ft deep. It has close to 800 wall panels and about 200 ceiling panels. The ceiling has 5 different sections that can move vertically and tilt using a remote control. The wall panels are ROE’s Black Pearl II v2 with a 2.84mm Pixel Pitch.

The stages use Optitrack for highly accurate camera tracking. Below is the PXO test reel, from PXO partnering with SIRT Centre, APG Displays, and Epic Games to produce a virtual production demo in Toronto last year.

Mayfair Equity Partners, which acquired a majority stake in PXO in 2018, is backing the major investment in VP with a significant financial commitment intended to support the company and accelerate growth, especially in VP.