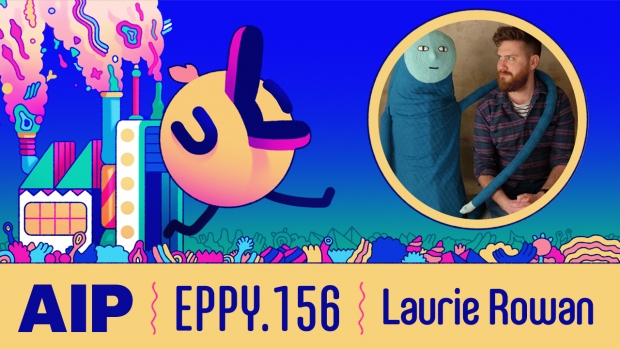 Check out Terry Ibele’s Animation Industry Podcast, featuring a new podcast every week focusing on the stories of today’s animation professionals – how they got to where they are, and what they learned along the way. Now home to 156 episodes, the podcasts cover all areas of the industry, including storyboarding, writing, animating, directing, visual development, game design, and more.

His most recent interview is Episode 156: How Laurie Rowan Made His Unique Animation Style Super Sought-After

This episode features animator, artist, and director, Laurie Rowan, who is known for his quirky, loopy, and cute 3D animation style. Over the years, clients including Google, the BBC, and MTV have commissioned custom pieces from Rowan; he’s also racked up numerous accolades including a Children’s Bafta win, a Lovie Award, and a Vimeo Staff Pick. In this chat Rowan shares how he left his job to pursue his own animation style, which went viral on social media, launching his independent career.

Tune in to Ibele and Rowan to hear: