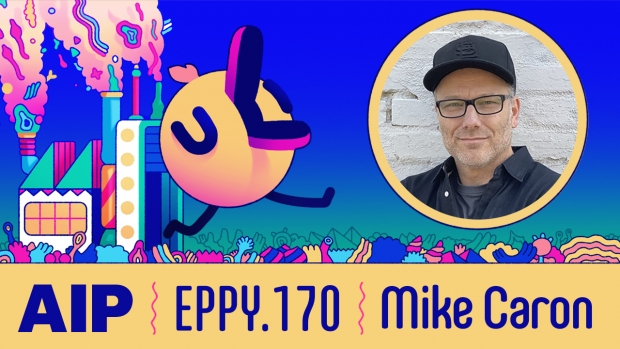 Check out Terry Ibele’s Animation Industry Podcast, featuring a new podcast every week focusing on the stories of today’s animation professionals – how they got to where they are and what they learned along the way. Now home to 170 episodes, the podcasts cover all areas of the industry, including storyboarding, writing, animating, directing, visual development, and game design.

This episode features Mike Caron, a Nickelodeon Director and Producer known for his work on Game Shakers, Henry Danger, and most recently, Fairly OddParents: Fairly Odder. Caron shares how he worked his way up from an actor on The Young and the Restless to directing some of Nickelodeon’s biggest shows. He also shares the unique pipeline created for the live-action/animation mix on Fairly Odder and the technique developed to get the actors to interact with the animated characters in the most dynamic way possible.

Tune in to Ibele and Caron to hear:

Ibele, himself a stop-motion animator (see AWN’s Fresh Takes piece on his whimsical short, The Silly Duck Wizard, deftly digs into all manner of topics, encouraging interviewees to share insights and opinions on a wide range of topics like pitching shows, marketing your work online, key skills studios look for when they bring on talent in storyboarding, vizdev, character design, and animation.

Learn more about Ibele’s work and podcast by visiting terryibele.com. You can find all The Animation Podcast episodes on his Soundcloud site: https://soundcloud.com/animation-podcast