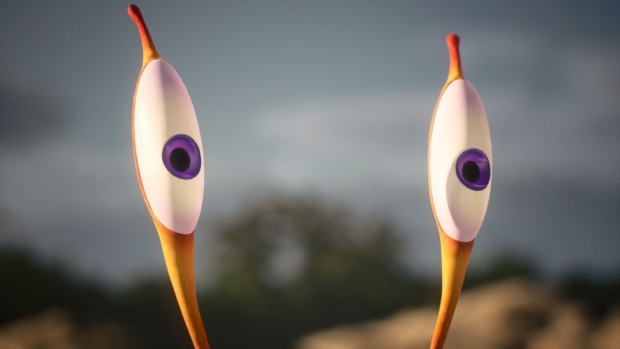 Shelton, the little insecure fiddler crab, is getting his own show! And appropriately, the announcement was made on June 8, World Ocean Day. Based on the animated short from Psyop creative studio and directors Marie Hyon and Marco Spier, Bottle Cap follows our breakout star Sheldon, an insecure fiddler crab, who becomes an unwitting accomplice in the business of extinction as his dreams of being “average” are co-opted by new dreams of power and destiny.

Like the short, the series will use humor and a light touch to explore the many pressing issues facing the world’s oceans today, with the intention of educating and inspiring the next generation to act, protect and treasure the oceans.

Attached as showrunner is Michael Ryan, a 20-year industry veteran who has worked on series such as Kung Fu Panda, Scooby-Doo, Teenage Ninja Turtles, and Johnny Bravo. Production is slated to kick off in Fall 2022.

“It is an honor to have been selected to bring this beautifully conceived and crafted story forward,” commented Ryan. “I am excited to begin work in this fantastical oceanic world we get to play in, with a team ready to unlock our imaginations to bring a wealth of stories to life.”

Directors Hyon and Spier said, “Now is the time for us to tell impactful, positive, engaging stories about our oceans. Let’s entertain and educate audiences so that they are inspired to protect what we are on the verge of losing.  We hope that the Bottle Cap series will do for the oceans what Bambi did to raise awareness about the protection of forests and wildlife.”

“We believe stories have the power to change behavior — we are hopeful that in expanding this story with an episodic series, we can shine a light on real-world problems,” noted executive producer Andrew Linsk. “We have great faith in our collaboration with Michael, he brings tremendous talent, a true passion, and understanding for what we hope to accomplish.”

Produced by Psyop, Bottle Cap was the recipient of an Epic MegaGrant.