The Academy of Motion Picture Arts and Sciences has announced that 13 distinct scientific and technical investigations have been launched for 2022. 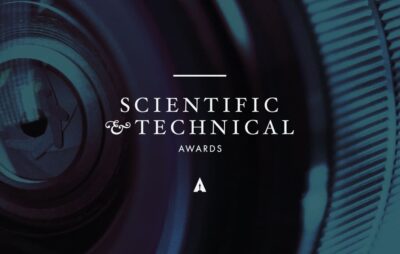 This year the Academy is researching a diverse group of technologies that have had a significant impact on the motion picture creation process, including real-time streaming collaborative review, soft body dynamics solvers, render farm software, and Interactive procedural texturing software.

These investigations are made public so that individuals and companies with devices or claims of innovation within these areas will have the opportunity to submit achievements for review. The Academy’s Scientific and Technical Awards Committee has started investigations into the following areas:

“The scientific and technical contributions to filmmaking are ever-evolving and have been further accelerated by a growing remote and distributed workforce, advancements in real-time rendering, hyperscaling of productions, and a passion for achieving the highest quality cinema experience.,” said Scientific and Technical Awards Committee chair Barbara Ford Grant.

The deadline to submit additional entries is Friday, March 18. It should be noted that in year’s gone past the actual list of Sci-tech winners has deviated significantly at times from the preliminary list.

Awards for scientific and technical achievement may be granted in any of the following three classifications:

ACADEMY AWARD OF MERIT (Academy Statuette). For those achievements that have an extraordinary influence upon the advancement of the motion picture arts and sciences.

SCIENTIFIC AND ENGINEERING AWARD (Academy Plaque). For those achievements that exhibit a high level of engineering and are important to the progress of the motion picture arts and sciences.

TECHNICAL ACHIEVEMENT AWARD (Academy Certificate). For those achievements that sufficiently contribute to the progress of the motion picture arts and sciences.

Since 1930/31 the Academy of Motion Picture Arts and Sciences has honored technicians, science and technology professionals whose work in related industries who have enabled motion picture production to advance in significant ways. Scientific and technical awards recognize original inventions and applications that result in expanded production capabilities, improved workflows, cost reductions, and other important benefits. All the voting by the Scientific and Technical Awards Committee is done by secret ballot. All decisions as to award recommendations and classifications require a two-thirds majority vote of those attending and not abstaining.