The papers span the breadth of graphics research, with advancements in neural content creation tools, display and human perception, the mathematical foundations of computer graphics and neural rendering. These projects will be on display at SIGGRAPH 2022, taking place August 8-11 in Vancouver and online. 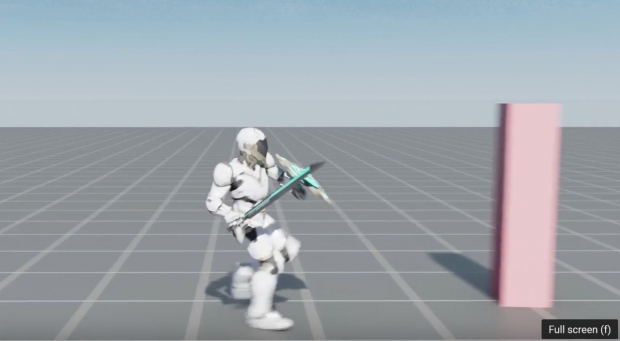 When a reinforcement learning model is used to develop a physics-based animated character, the AI typically learns just one skill at a time: walking, running or perhaps cartwheeling. But researchers from UC Berkeley, the University of Toronto and NVIDIA have created a framework that enables AI to learn a whole repertoire of skills — demonstrated above with a warrior character who can wield a sword, use a shield, and get back up after a fall.

Achieving these smooth, life-like motions for animated characters is time and labor intensive, with developers training the AI for each new task. As outlined in this paper, the research team allowed the reinforcement learning AI to reuse previously learned skills to respond to new scenarios, improving efficiency and reducing the need for additional motion data.

Tools like this one can be used by creators in animation, robotics, gaming, and therapeutics. NVIDIA researchers will also present papers about 3D neural tools for surface reconstruction from point clouds and interactive shape editing, plus 2D tools for AI to better understand gaps in vector sketches and improve the visual quality of time-lapse videos. 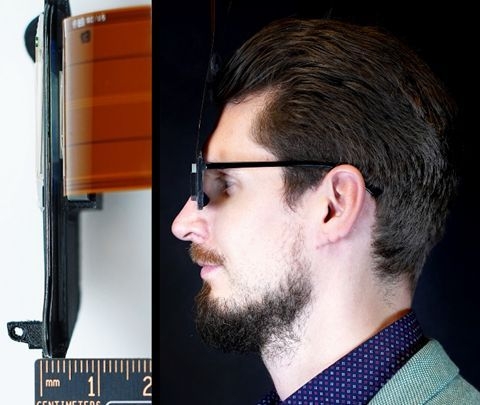 3D digital worlds have typically been accessed with bulky head-mounted displays, but researchers are working on lightweight alternatives that resemble standard eyeglasses. In a collaboration with Stanford, researchers have packed the technology needed for 3D holographic images into a wearable display just a couple millimeters thick. The 2.5-millimeter display is less than half the size of other thin VR displays, known as pancake lenses, which use a technique called folded optics that can only support 2D images. This has been accomplished by approaching display quality and display size as a computational problem and co-designing the optics with an AI-powered algorithm.

While prior VR displays require distance between a magnifying eyepiece and a display panel to create a hologram, this new design uses a spatial light modulator, a tool that can create holograms right in front of the user’s eyes, without needing this gap. Additional components — a pupil-replicating waveguide and geometric phase lens — further reduce the device’s bulkiness.

This is one of two Stanford and NVIDIA research papers to be presented with another paper proposing a new computer-generated holography framework that improves image quality while optimizing bandwidth usage. A third paper in this field of display and perception research, co-authored with New York University and Princeton University scientists, measures how rendering quality affects the speed at which users react to on-screen information.

Accurately simulating the pathways of light in a scene in real-time has always been considered the “holy grail” of graphics. Work detailed in a paper by the University of Utah’s School of Computing and NVIDIA is introducing a path resampling algorithm that enables real-time rendering of scenes with complex lighting, including hidden light sources.

This paper highlights the use of statistical resampling techniques — where the algorithm reuses computations thousands of times while tracing these complex light paths — during rendering to approximate the light paths efficiently in real-time. The researchers applied the algorithm to a classic challenging scene in computer graphics, pictured below: an indirectly lit set of teapots made of metal, ceramic, and glass. 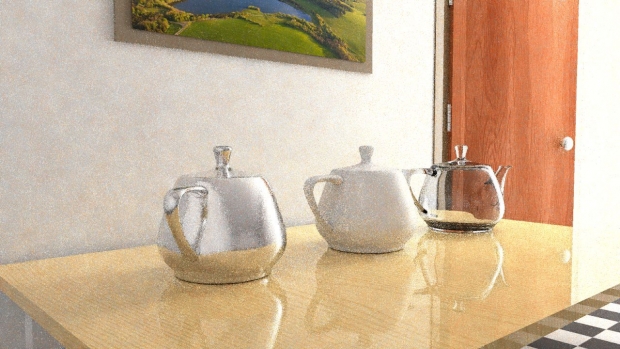 Related NVIDIA-authored papers include a new sampling strategy for inverse volume rendering, a novel mathematical representation for 2D shape manipulation, software to create samplers with improved uniformity for rendering and other applications, and a way to turn biased rendering algorithms into more efficient unbiased ones.

Neural rendering algorithms learn from real-world data to create synthetic images, and NVIDIA research projects are developing state-of-the-art tools to do so in 2D and 3D.

In 2D, the StyleGAN-NADA model, developed in collaboration with Tel Aviv University, generates images with specific styles based on a user’s text prompts, without requiring example images for reference. For instance, a user could generate vintage car images, turn their dog into a painting, or transform houses to huts: 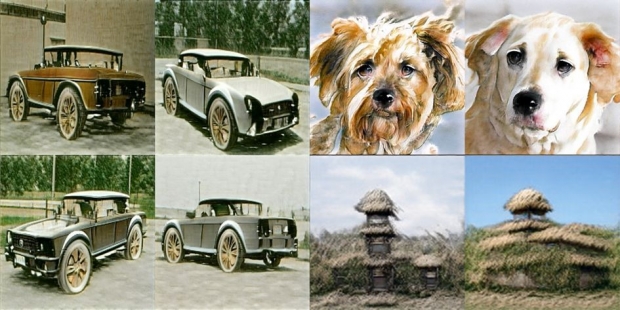 In 3D, NVIDIA researchers are working with the University of Toronto developing tools that can support the creation of large-scale virtual worlds. Instant neural graphics primitives, the NVIDIA paper behind the popular Instant NeRF tool, will be presented.

NeRFs, 3D scenes based on a collection of 2D images, are one capability of the neural graphics primitives technique. It can be used to represent any complex spatial information, with applications including image compression, highly accurate representations of 3D shapes and ultra-high-resolution images.

This work pairs with a University of Toronto collaboration that compresses 3D neural graphics primitives just as JPEG is used to compress 2D images. This can help users store and share 3D maps and entertainment experiences between small devices like phones and robots.

NVIDIA has more than 300 researchers around the globe, with teams focused on topics including AI, computer graphics, computer vision, self-driving cars, and robotics.