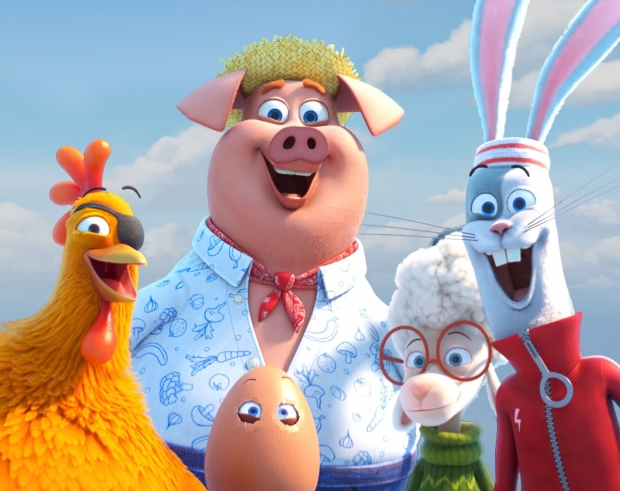 Yesterday at the Annecy International Animation Film Festival, Sixteen South Originals debuted the trailer and first episode of its new animated comedy series, The Coop Troop (52 x 11’). The company’s first CGI series and the first targeting an audience of older children, ages 5-9, features the exploits of a gang of five unlikely heroes who are thirsty for adventure and to escape their mundane farm life. The gang’s mission is to help animals with problems, and they’re kept very busy by the precious, pampered pets of the neighboring town, Animauville.

When their red telephone rings, the Troop answers the call, ready to set off in their ingeniously – if haphazardly – modified chicken Coop. No matter how simple the problem, the gang of unlikely heroes always finds a solution, though often in the most roundabout, over-the-top way possible. The result is a series of comically ridiculous events as each mission snowballs out of control. When they try frantically to get back on track, they attract more chaos at every turn – but with The Coop Troop, satisfaction is always (eventually) guaranteed!

“We can’t wait to introduce the audience at Annecy to our motley group of furry, feathery, and woolly rescuers,” commented Williams. “The Coop Troop is our retro homage to classic TV series of the 70s and 80s like The A-Team, and we are very excited to hear what viewers make of it.”

“We’ve had great fun collaborating with Sixteen South and Tencent on this wildly funny and appealing series,” said Sandrine Nguyen, SVP, Episodic, and IP at Mikros Animation IP. “Our bunch of heroes shows how you can solve any problem with friendship and teamwork, which is a great message for today’s kids and one that we hope will resonate across the world.”

Pierre Siracusa, Director, Animation, Youth and Education, added, “France télévisions is proud to introduce this wild bunch to the Annecy audience. We hope that viewers will enjoy their positive attitude, crazy humor, and ridiculous exploits as much as our audience of six- to nine-year-old girls and boys is going to!”

“International co-production is an important part of Tencent Video’s strategy on kids’ originals, and we are thrilled with the results of our partnership with Sixteen South,” noted Selina She, Director of Kids’ IP Development & Programming Center at Tencent Video. “The Coop Troop will not only hugely entertain our audience but also show how with friendship and teamwork, you can solve any problem. We can’t wait to introduce it to the world at Annecy.”

The series director is Christelle Naga. Sixteen South Rights manages the global distribution rights for the series outside of France and China.