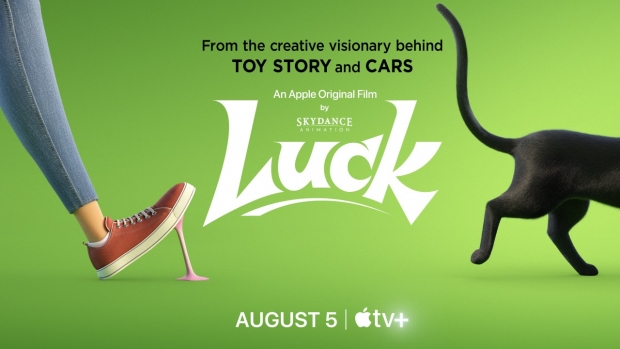 In the film, the unluckiest person in the world, Sam Greenfield (Eva Noblezada), who, despite her large portfolio of rotten luck, is determined to help her friend Hazel (Adelynn Spoon) find the forever home Sam never did. So, when Sam finds, and then loses, a lucky penny that leads her to an enigmatic, talking black cat named Bob (Simon Pegg), Sam chases after the feline only to wander into the never-before-seen Land of Luck, a beautiful and extraordinary place where luck is made, inhabited by all manner of magical creatures. Thus begins her quest to bring some good luck home for her best friend. But, she must team up with the magical creatures who live there to do it.

Check out the Official Luck Trailer: