Motion graphics company Studio C use a number of Maxon tools, including Cinema 4D, Redshift, and Red Giant, to implement their creative vision for The Matrix: Resurrections to life. Taking place 60 years after the events of the franchise’s third installment (The Matrix Revolutions), Resurrections presented its own set of unique opportunities and challenges for the studio, tasked with preserving and visualizing the film’s iconic style with the latest advanced technology.

“Elements central to the era of the first film, like texture backgrounds in an OS (circuit boards, etc.), bulky gradients or classic Sci-Fi fonts synonymous with the Matrix, were both a treat to play around with but also presented a challenge when updating the visuals for a new audience and not having them feel dated,” explained Studio C creative director Gordon Spurs.

In the years since the last film, visual effects tools have come a long way, helping artists make the futuristic world set in (around) 2199 feel believable. Studio C used Cinema 4D, Redshift rendering, Red Giant Trapcode, and Particular to assist in creating over 100 on-set screen graphics across more than 20 sets.

“Cinema 4D and Redshift did most of the heavy lifting,” added Spurs. “Trapcode Form and Particular are used on almost every job we do, so the Matrix was no exception there.” 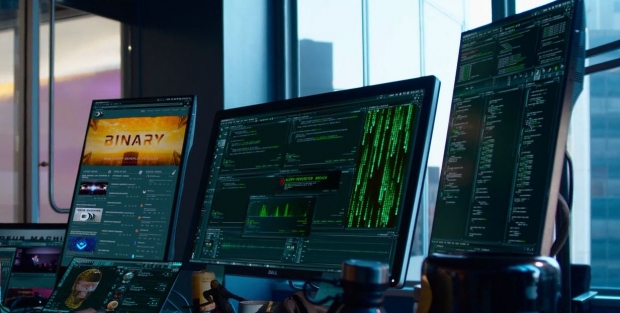 The studio used visuals that suggested functional consistency and iterative improvement of Matrix technologies. The approach helped shape the screen designs and UI for the Mnemosyne hovercraft seen in Resurrections. To create the UI for the Mnemosyne, the team looked to its predecessor, the main hovercraft featured in The Matrix and The Matrix Reloaded, for inspiration. Studio C used Cinema 4D and Redshift to bring the Mnemosyne screens to life, displaying realistic schematic renders, medical scans of 3D organs and vitals, 3D maps inside and outside the Matrix, and photoreal renders of the head jack, as well as data widgets.

In addition to the creative challenges posed by The Matrix Resurrections, Studio C faced a number of technical difficulties associated with a VFX-heavy workflow. Holograms in a VFX pipeline are difficult because of the size of the assets, which means they often require heavy optimization. 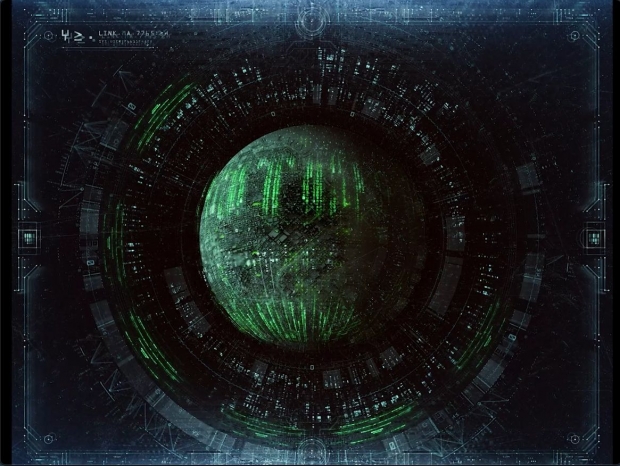 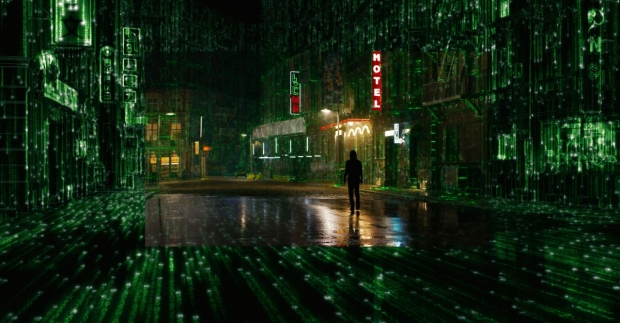 With Redshift, “the GPU rendering handles the poly-count of most of the models really efficiently,” noted Spurs. “Redshift’s Custom AOV export options is great for building schematic R&D passes quickly so that looks can be creatively combined in compositing without being baked into the heavier beauty render. This is the true power of working with Redshift in film.”

Despite the creative and technical challenges, the motion design for Resurrections works as a seamless part of the overarching story of The Matrix franchise. Cinema 4D and Redshift provided an optimal toolset for balancing bold retro visuals, shape elements, and 3D opticals. The result is a motion graphics package that brings audiences back into the world of The Matrix.