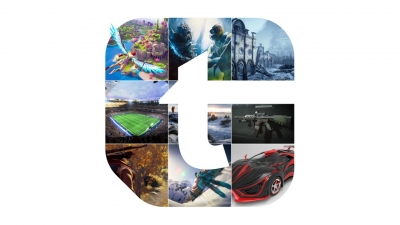 Technicolor Creative Studios, leaders in the digital entertainment space have announced the expansion of their Games business, Technicolor Games, with investment in talent, technology and several new service lines accelerating the growth of the global studio in one of the world’s most exciting and dynamic industries.

Technicolor Games has hired several key executives to lead the division, including Jeaneane Falkler – previously of Keywords, International Game Technology, and Microsoft – as President. Falkler brings a wealth of insight and experience in building and retaining passionate and high-performing teams focused on increasing revenue and market share.

Falker is joined by Sylvain Doreau, newly hired Executive Creative Director at Technicolor Games. Doreau joins the business from having worked across the worldwide studios of Virtuos Games. Doreau’s career includes executive positions with Activision, Lucasfilm and Electronic Arts that have seen him direct numerous cinematics and game trailers, working on Oscar and Emmy award-winning projects.

Technicolor Games joins Technicolor Creative Studio brands, MPC, The Mill and Mikros Animation, in developing top-tier visual graphics in addition to multiple other creative services to video games publishers and developers. Technicolor Games will offer a suite of services to the games industry backed by Technicolor and its sister studios, who together can provide a suite of in-house full-service production across games IP, from in-game assets to TV advertising, interactive experiences, animation and feature length film.

The brands formally consolidated as part of Technicolor’s spin-off of the Creative Studios business, announced this past March, into a listed company, TCS.

According to Falkler, “Being part of the rich innovative legacy and creative network of Technicolor Creative Studios means Technicolor Games is uniquely placed to provide a suite of services that no other game asset provider can. We have an ambition to apply our decades of experience across the games industry, to push the boundaries of what is possible in gaming both visually, and technologically, making big ideas a reality for our creative partners.”